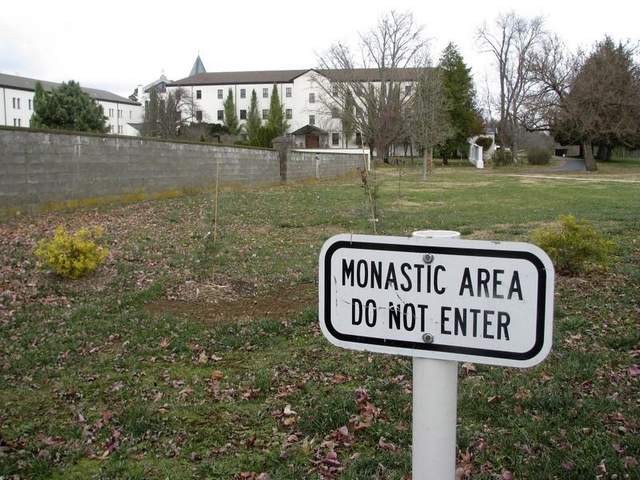 I have been following the news stories about the Catholic sisters, nuns, and monks in Kentucky who have peacefully but firmly stated that they will not allow their land to be used for a natural-gas pipeline proposed by energy and pipeline companies. I am struck by the commitment of these women and men to hold to what they believe even when dealing with some pretty sizable players.

A little background on the story:

Two Roman Catholic communities, which collectively own more than 3,000 acres in Central Kentucky, are refusing to permit access to their historic properties for a proposed underground pipeline that would transport flammable, pressurized natural-gas liquids across the state.

The Sisters of Loretto in Marion County and the Abbey of Gethsemani in Nelson County have denied representatives of the pipeline developers permission to survey their property and said they won’t consent to participating in the project.

I don't know the full story but I am definitely impressed with the stance of the sisters and monks.

“We’ve been on this property since 1824,” said Sister Maria Visse, service coordinator for the Sisters of Loretto, whose 780-acre property includes its motherhouse, retreat centers and a farm. Close to 100 nuns and co-members (lay people affiliated with the order) live on the site.“We feel entrusted with this,” Visse said. “It’s a gift. it’s not a commodity.”

As I read through the news stories and some of the material that the Loretto Sisters have about the proposed "bluegrass pipeline," I'm reminded of the corporate stances that other religious communities have taken based on their beliefs, values, and the gifts that have been entrusted to them. A corporate stance, in the words of the Dominican Sisters of Peace is "a deliberate public statement by a congregation expressing a position on an issue of human concern, gospel values, and/or societal systems." Religious have through the centuries taken corporate stances opposing racism and human trafficking, supporting immigration reform and access to water, and so much more.

I am proud of the corporate stances congregations have taken and it helps to keep me educated about and empowered around pressing needs and concerns of today that are sometimes difficult to make sense of or wrangle with. It also challenges me to consider what I need to think about or do at the individual level. On a more interior or reflective level, I ask myself what am I personally willing to take a public stand on? What am I willing to stake my life on? It's not easy to know when and how to do this, but it's definitely worth reflecting on.

I like how the Dominican Sisters of Peace in describing their corporate stances include the key components to taking a stance which I think can apply to stances we as individuals might take too:

What corporate stances have you taken as part of a religious community, parish, family, or organization? What are you thoughts on when you've had to take a public personal or corporate stance?