Last night Sister Maxine and I went to a free taping of the National Public Radio show Wait, Wait … Don’t Tell Me at the outdoor 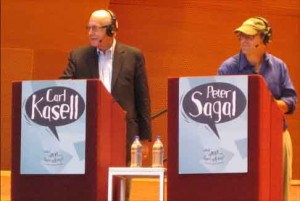 Pritzker Pavilion in Millennium Park in Chicago. The entertaining weekly news quiz show is hosted by Peter Sagal with scorekeeper Carl Kasell. The panelists were Mo Raca, Paula Poundstone, and Tom Bodett. They also had on the show the legendary baseball player Moose Skowron who today is a community relations representative for the White Sox.

As if all that was not entertaining enough, Chicago was beseiged by rain for the whole day and night yesterday. Having arrived early to get seats, my nun and I crouched beneath umbrellas, Starbucks in hand, for a good long time until the kindly people of Millennium Park allowed us to come up front where only the first few rows had some shelter from the rain. The yearly recording in Millennium Park normally sees 10,000 plus people, but this night it was just a few hundred wet but friendly people. 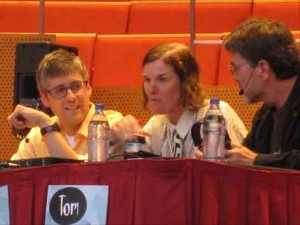 Moose Skowron was a delight and told story after story. He made the 1961 Yankees team come alive and his comparisons between players today and players in his day was hilarious. If I had my own radio show, I’d be sure to have him on.

Hmmm … if I did have my own radio show, who else would you like to see me interview and why? Sky’s the limit! Respond below in the comments section.

Get Nancy Pelosi! That would be great, especially since you blogged about her already!

You said the sky’s the limit, so here goes. I’d like you to interview God. I know I’d have more than just a few questions for the Almighty!

I *love* that radio show!

Interviews: Hrm…the kind of person who wouldn’t get on your average EWTN show, I think. The Church is way more diverse than that station would have us believe.

I really like that show, but we only find it when we are traveling–our local NPR doesn’t broadcast it. I can’t make any suggestions for YOUR show, though. I’ll come back if I think of someone.

I listened to that yesterday and it WAS funny as always…was that you I heard laughing so hard? Well, her name escapes me at the moment but, Bill Murray has a sister who is a nun in Cincinnati. Drat! I hate it when I can’t remember names…She was featured in St. Anthony Messenger, because of her one-woman show about St. Catherine of Siene! Thought at the time it would be interesting to hear more about her. Thanks for the “clip” of the show from your perspective. Saturday morning is pretty well taken up here with PBS programming.

I missed the radio version of the taping I was at — was out riding my bike down the Lake Shore, dodging scads of runners training together for the Chicago Marathon. Also rode by the staging area for the Red Bull Flugtag at North Beach. Very cool.

@katney Wait wait is on podcast, you can find it in iTunes.

Hi, I think Bill Murray’s sister’s name is Ann. She is an Adrian Dominican. (I think) I saw her one woman show this summer when I was at “vow camp” since there was a very large Dominican gathering the same time. It was very good; her brother is not the only acting talent in the family. Hope that helps.

I dream of seeing wait wait live! I download the podcast “religiously”! Sister Nancy Murray, OP, is indeed an Adrian Dominican. She’s pretty great at interpreting St. Catherine of Siena in today’s world. I would love it if you’d interview some sisters who are very active in justice and peace work. How ’bout those sisters from Network!?

Oops, it was Nancy, at least I got the Adrian Dominican part right! 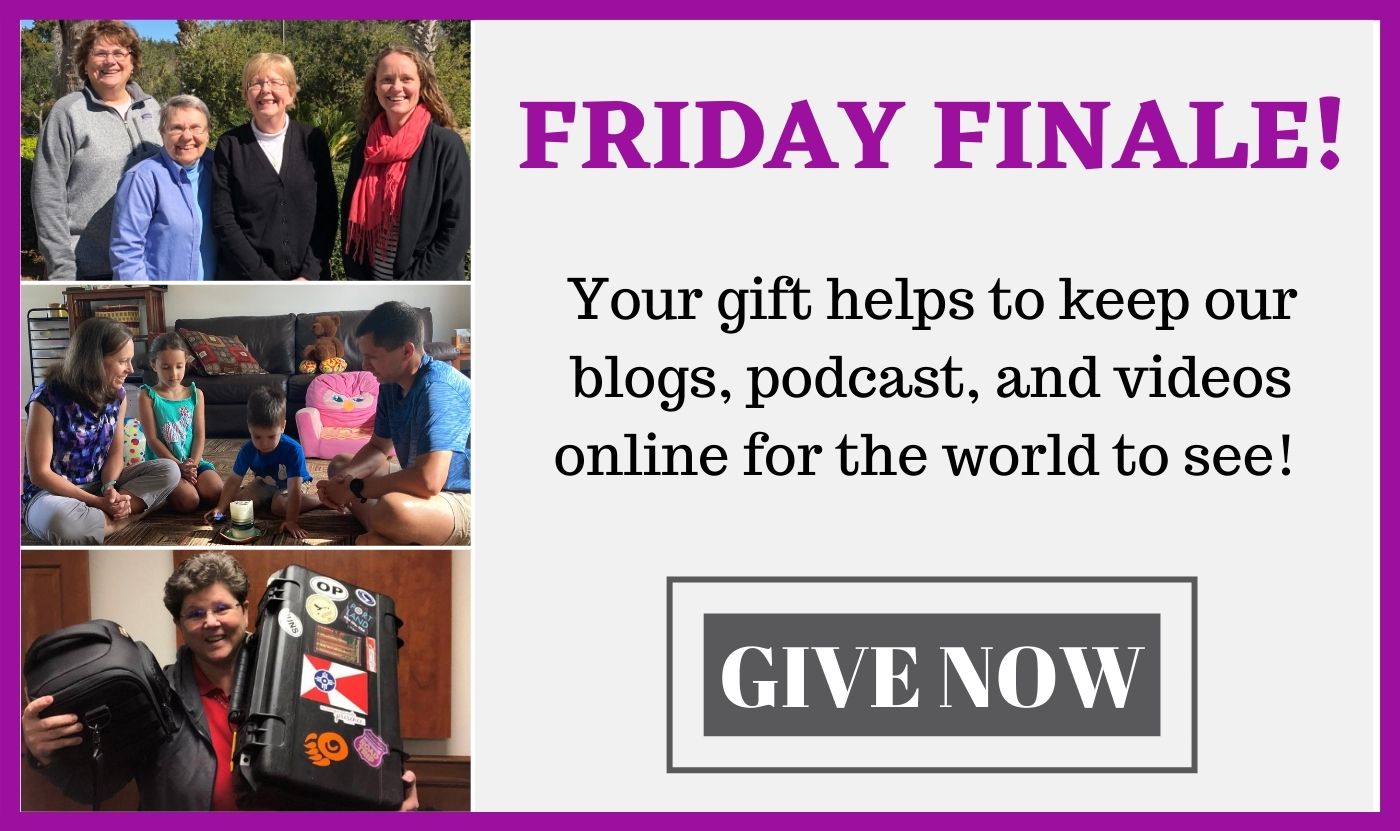