A Sister Candidate on discerning a call to religious life

Vocation Stories
Where is God Calling You?
By Diane Brown

A Nun’s Life Ministry welcomes guest blogger Diane Brown, who recently was accepted as a candidate with the IHM Sisters of Monroe, Michigan. Today, Diane describes her experience of discerning a call to religious life. Tomorrow, she talks about what it was like to formally apply for religious life and how it feels to begin candidacy.

Discerning a call to religious life, by Diane Brown

Becoming a candidate (also called “postulant”) with the Sisters, Servants of the Immaculate Heart of Mary (the IHMs), is not a rapid process. It shouldn’t be. This is the first public step of a very long, very personal journey toward sisterhood. I was glad the process was not rushed.

Although I gave my life to God while in elementary school, family pressures required me to put my dream of sisterhood on hold. I went to college, took my first teaching positions, then fell in love, married, and had a son. 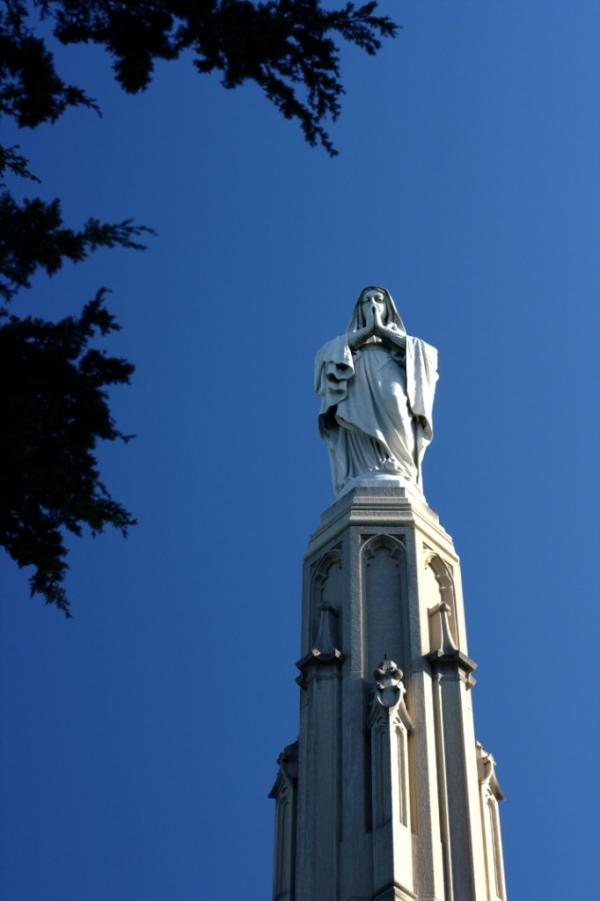 At 49, a widow with a grown son, I moved to Detroit to take a job at Marygrove College (the IHMs’ first sponsored college). For two years, I commuted on the weekends to Indiana to care for my father, who was suffering the ravages of Parkinson’s. Through his illness and passing, when I had 10 seconds to myself, I wondered how I could more fully serve God. But my hands were full and my heart was heavy.

At my father’s funeral, the priest spoke about things my father did for his parish, like designing and landscaping a courtyard garden in honor of my mother’s passing, years before. I was very sad, but also more than a little inspired.

Returning to Detroit after the funeral, I took a vocations match quiz. To my surprise and despite my age, there were 62 religious institutions that matched for my interests and abilities. Top of the list — Sisters, Servants of the Immaculate Heart of Mary. A happy surprise — I was still employed at Marygrove, now as a program director, and I knew a number of IHM sisters.

Over the next three years, I made several visits to the IHM Motherhouse in Monroe, Michigan, one during a “Come and See” weekend. I moved out of a house-sharing arrangement into an apartment, began attending Mass, and learned that I was in discernment — working to discover my place in God’s plan.

Stay tuned for the second part of Diane’s story on her journey to become a Catholic Sister.

This is awesome, Diane!

Diane, thank you for your public witness to an awesome journey-and there is so much more. Such a mystery this call of God!

Thank you so much for sharing, Diane! You are going to be in my prayers. Please keep me in yours, too. May your journey continue in its awesomeness.