Declaring Yourself a Nun … Not 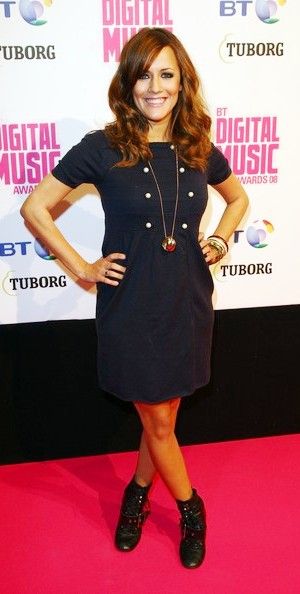 I am sure Caroline Flack thinks it was kind of clever to declare herself a nun after rumors about her relationship habits. Flack, the TV cohost of “reality companion show” The Xtra Factor (another Simon Cowell production), reportedly tweeted, “Decided I won’t make eye contact with a male human being again. Going to become a nun.”

But you know, Caroline, many have tried to pull the nun card when they were in similar situations. Think Sinead who got married shortly after making her nun declaration. Think Emma Pooley (one of your country women) who declared her cycling fail to riding “like a nun in a habit.” In fact there was even a Facebook group dedicated to people declaring their nunhood after a bad relationship, too many relationships, or no relationships at all! Dear Natalie Portman and Heather Graham have also wrangled with nun-related issues.

Sure it’s a fun publicity stunt to draw attention, but in the meantime, you manage to reinforce a rather disrespectful stereotype of Catholic sisters and nuns. It sounds something like this:

Basically being a nun is equated with not having a romantic relationship or not having sex. Never mind those pesky distractions like prayer, mission, ministry, and community. Consecrated celibacy, which is what we Catholic sisters and nuns profess, fits into a whole life commitment that is dedicated to God, and it is an adventure the likes of which would amaze you!

I have been guilty of this as well. Except…I actually did want to be a nun in my late teens. I was called to an earthly family instead; husband, children. But knowing (intimately) what being a nun is about I don’t make the comment lightly. I believe women (famous and un-famous) make this comment because the community looks warm and welcoming, no men or sex to distract from the work of life, and to live in the company of other women pursuing a common purpose may very well be genetic with women. I only hope that when they make the comment they understand the deep and eternal connection to Christ these brave women make.

Thanks for this comment, Betsy. Just to clarify … calling oneself a nun itself is not a bad thing — in fact it can be a very nice compliment or aspiration! The post is concerned more with those who make comments like “I’m a nun” in a derogatory or carelessly ignorant way.

Wow. To think these women look at a Nun’s life as a consolation really irks me as well. Most of them time I don’t even feel worthy to be in chat with all those wonderful people… really. I hope there are enough tags on here that she may read your post. I look at life much in the opposite way. When I was young all I ever wanted to be was a Nun. I messed that up somewhere along the way and had to settle for marriage. (I know, he’s a great guy, but you get my point).

Yes, your man is indeed a great guy! There is a difference between wanting to be a nun for all of what it truly means versus “defaulting” to begin a nun as a consolation prize.

The comments on “guess I’ll be a nun” focuses on what these females think they are lacking in not having a life (sexually? as seems to be the point) I wonder if deep inside themselves they know that nuns have it all because there is a place in the hearts of every person to satisfy that hunger for and from the love of God. Seems that in the subconscious these women desire the fulfillment that only God’s love can give to them. Do they realize what they are desiring?

Interesting observation, Louise Theresa! I suppose she could have picked any image that she thought “captured” her desire to not “make eye contact with a male human being” … but she chose the image of a nun. Maybe there are seeds of longing for God in there! In fact there almost always is because God is so much a part of our longings, desires, attractions, and hopes.