The Prodigal Child: A Lesson on God's Unfairness? 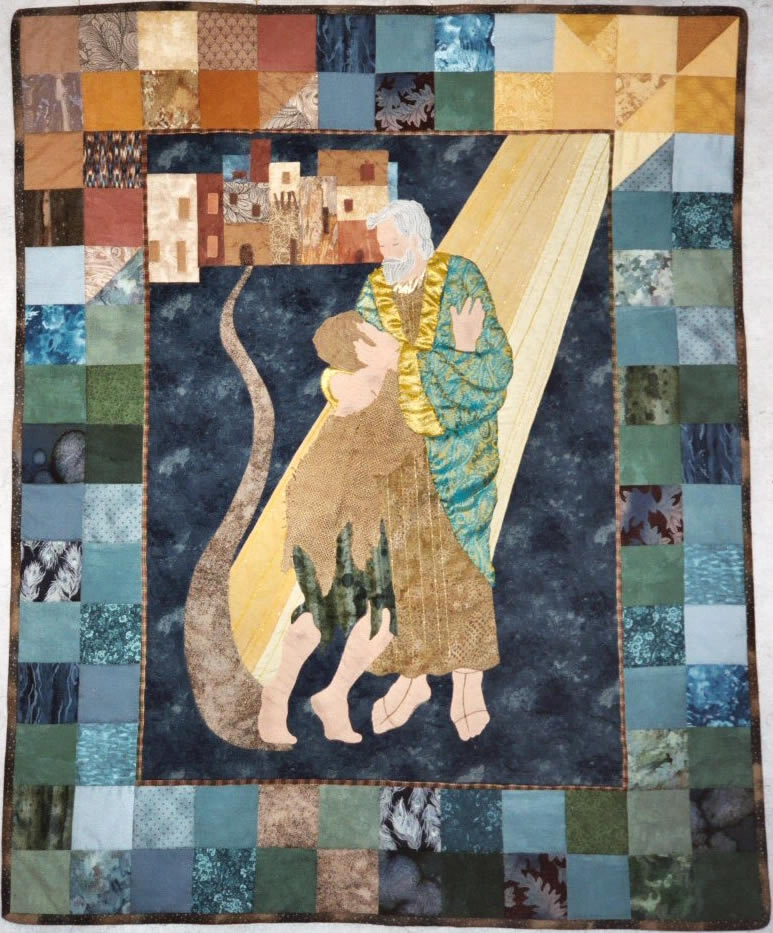 The story of the prodigal child (Luke 15:17-24), which was proclaimed at liturgy earlier this Lent, is perhaps one of the most beloved parables regarding repentance and forgiveness.  The richness of the teaching within grows as one takes the time to peel back the layers.

At its most obvious, this parable shows a parent's willingness to forgive and to embrace the child who had lashed out and who had hurt them deeply. The younger son insulted his father by asking for his inheritance while the father was still alive. This act said to the father that he was, in the eyes of this son, now as good as dead. Then he went off and squandered the inheritance through wild living.

Coming back to the father was an act of desperation for the son.  He was homeless and destitute. The father stood vigil, watching for his son to return.  He never gave up hope. He rejoiced and called for rejoicing among his family and friends at his son’s eventual return.

And then there's the perspective of the younger son. Like him, we might have taken a long journey and become painfully aware of our failings. In Saint Paul's words, we have “all have sinned and fallen short of the Glory of God.” (Romans 3:23) If we had to stand before God on our own merit, we would fall short of God’s laws. Mercifully, forgiveness and redemption are freely offered to all who humbly seek it.  Just as the father rejoiced over his son that was lost but then was found, we read in Luke that all of heaven rejoices over one repentant sinner.  "I tell you that in the same way, there will be more joy in heaven over one sinner who repents than over ninety-nine righteous persons who need no repentance.” (Luke 15:7)

By looking to the parent in our parable we also see our own need to forgive. We sin and are sinned against; over and over again.  If we are to follow the parent's example we should not only be willing to forgive; but we should forgive joyfully and without hesitation.  This is not an easy task.  There are situations in my own life where I need to forgive and I tell myself that I’m “working on it.” Someday, after I’ve worked it through, maybe then I will be able to forgive.

What would have been the outcome of the prodigal child parable if the father had sent his son away while he worked on being able to forgive him? It would have been a very different story and much more to the liking of the older son.  When the father greeted the prodigal son with open arms, the older “obedient” son was not happy.  He began to pout and to wring his hands in disgust.  This turn of events was not fair at all.  He was the good son and was entitled to more of his father’s favor.  He was the one entitled to an extravagant party because, after all, he had never strayed and he had worked on his father’s land, every day for years.

Even though it is sometimes easy to have these feeling of entitlement, after all “I am a good person,” on second thought, what am I really entitled to from God? I have been asked to keep God’s commandments, but have continually fallen short of perfection.  Isn’t it odd that sometimes we don’t even feel like trying to be perfect.  But then we are in good company. Recall the words of Saint Paul when he said, “For I do not do the good I want to do, but the evil I do not want to do--this I keep on doing.” (Romans 7:19)  As imperfect beings everything that we receive from God is a gift, undeserved, but freely given.

I think all of us have, at one time or another, been in a position to identify with each of the three characters in the parable of the prodigal son.  All of us have sinned, granted forgiveness to another, and felt a sense of entitlement.  The parable teaches us how to deal with these different facets of our self. The parable also teaches us that God is not fair. Rejoice in thanksgiving that God is not! A fair God would give to us only what we deserve and would offer forgiveness only if we were able to freely forgive others. Instead we have a God who loves us unconditionally and makes forgiveness and redemption available for the asking.

Which of the three characters in the parable of the prodigal child do you identify most with during this season of Lent? What's your take on the fairness or unfairness of God as seen through the lens of this parable?