The Real Nuns of "Call the Midwife"

Since we first discovered the PBS show Call the MIdwife back in May, we've systematically gone through every episode of Seasons 1 and 2. Now we enter the desert with Season 3 not coming out until the Spring of 2014. Fortunately they've got an active Facebook page so we are still able to get our midwife fix! If you're unfamiliar with the show, check out Sister Maxine's initial post Of Nursing and Nuns: "Call the Midwife."

I recently came the article "We're the Call the Midwife nuns!" by David Baker (Mail Online, February 13, 2012) with the real-life nuns that have served as consultants to the show Call the Midwife. They are a group of seven Anglican sisters from the Community of Saint John the Divine. The community was founded in 1848 as a "nursing sisterhood" working with Florence Nightingale, London's East End, and then Birmingham where they've lived since 1976. 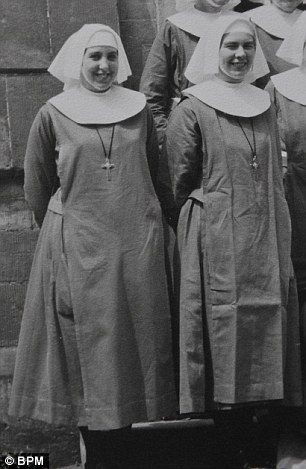 Sister Margaret-Angela King, who joined the community in 1964 (pictured on the right), said,

"The show is definitely a realistic look on how life used to be like for us. They have the costumes spot-on.... We have many photographs here, too, and we showed them to her to make sure the programme was as realistic as possible. And we even loaned them the prayer books that we once used here."

Sister Christine Hoverd, who joined in 1961 (pictured on the left), remembered her own ministry as a midwife and trainer: "Every birth is unique and so is every child. It was the most wonderful vocation to have." She also mentioned that it was also a very difficult time, especially how little help there was for women.

The presence of the nuns in the TV show, as they most certainly were back in the day as well, is very striking. "They were highly visible due to their uniforms, which had white wimples and long tabards, which the nuns tucked into their belts when they rode their bikes and, later, mopeds. They were seen as a comforting presence at the two greatest events in people’s lives - birth and death."

You can find out more about the show at Call the Midwife on PBS. And stay tuned to aNunsLife.org where we'll have more on the show as well as our commentary on how this all relates to religious life as we live it as Catholic Sisters and Nuns today! 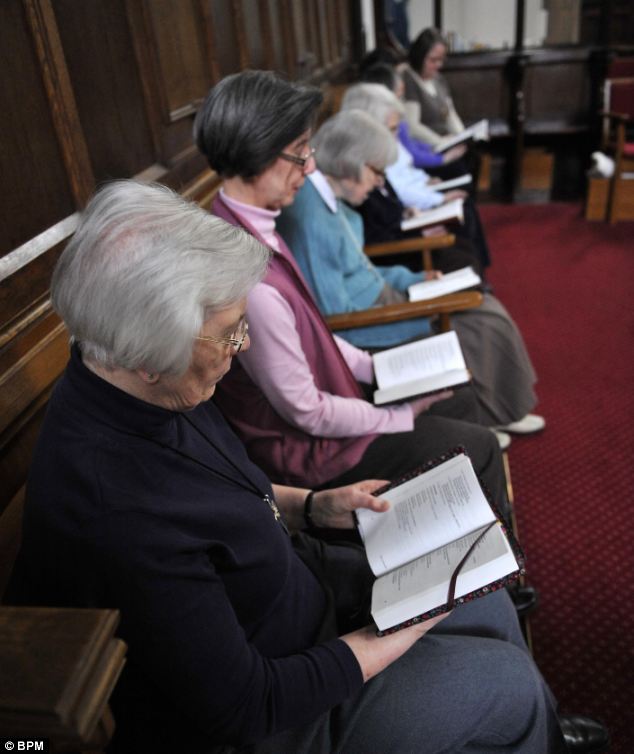 Photo: Sisters from the Community of Saint John the Divine, Birmingham, at prayer