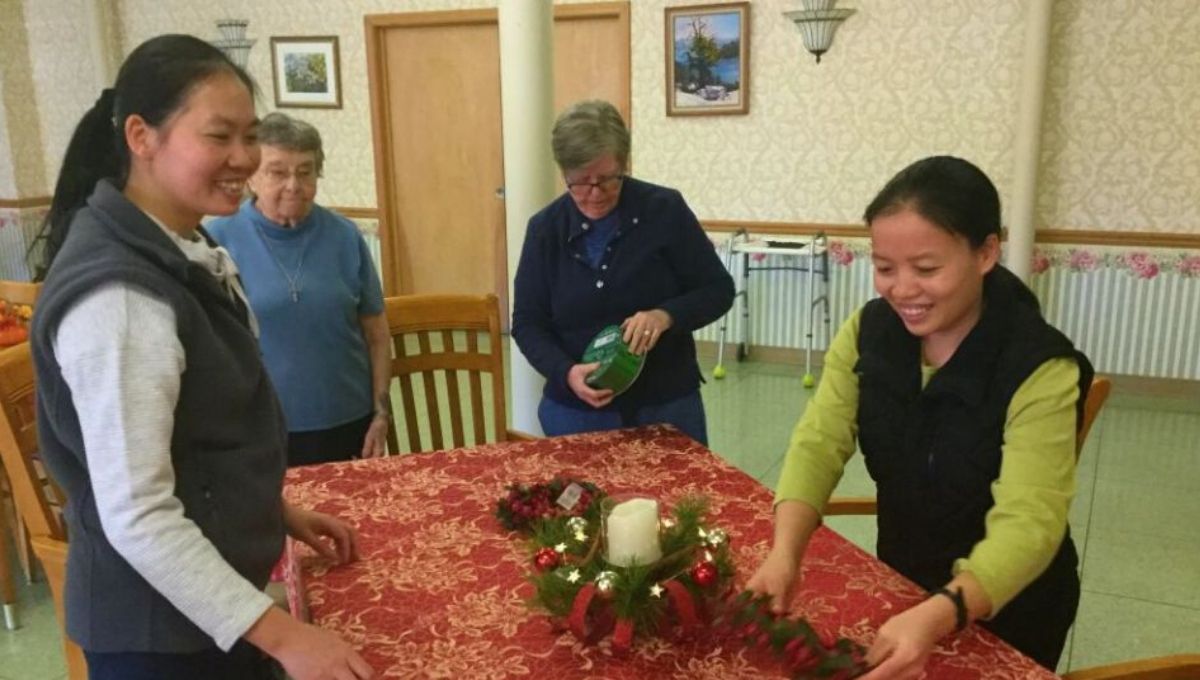 Sister Barbara Valuckas, a School Sister of Notre Dame based in Connecticut, has a communications background. She taught in schools and via educational television in the Diocese of Brooklyn, New York. Both before and after serving in province leadership as councilor and provincial leader, she has been ministering as a facilitator and consultant for parishes in the United States and with religious congregations internationally. 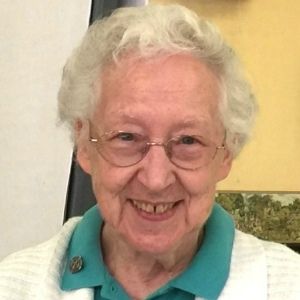 It is Christmas Eve, and the Sisters of Jesus Crucified in Brockton, Massachusetts, have gathered with their Lithuanian friends for the traditional meal and ritual. During the decades of Soviet occupation of Lithuania, Christmas Eve and Christmas Day were workdays, and the ritual could be observed only clandestinely, if at all. But Lithuanian American congregations in the United States preserved the ritual, some parts of which may have roots in pre-Christian Lithuania.

Since Christmas Eve was a fast day, the celebrative meal and ritual were meatless. Participants did enjoy 12 dishes (to honor the 12 apostles) of various kinds of fish along with potatoes, beets, onions, mushrooms, cranberry pudding and poppy seed milk. Each participant was also given a large blessed wafer, which was then broken into pieces and shared with the other participants while asking forgiveness for any hurts during the past year. Having made peace with each other, everyone was then spiritually ready to participate in the midnight Mass.

For the past 10 years, there have been other participants in the ritual, sister-students of various Vietnamese congregations who have enjoyed the hospitality of the Brockton community while studying nearby. In their communist country, Christmas Eve and Christmas Day are still work days, although the sisters are free to observe those days in their convents. They appreciate the opportunity to learn the Christmas customs from Lithuanian culture. And they know how to reciprocate with their New Year's celebration!

As an Asian culture, the Vietnamese celebrate the Lunar New Year with up to two weeks of festivities. In Vietnam, the New Year's observance is more of a family event than a community event. It is the only time the sisters can spend an extended time with their families. But for the sister-students, the Sisters of Jesus Crucified in Brockton have become their family.

Even sisters on scholarships for advanced studies outside of Massachusetts routinely ask to come "home" for the holidays. There, the sister-students become the teachers of their host community as they share their Vietnamese food and New Year's customs.

The Sisters of Jesus Crucified congregation is small now, with fewer than a dozen sisters living in the motherhouse or in the nearby nursing home. But several years ago, the sisters made a chapter commitment to "live fully until the last sister dies," in contrast to focusing on their future completion. It was this commitment that led them to offer hospitality to the Vietnamese congregations.

Each sister serves as an English teacher and mentor for a group of Vietnamese sisters. Superior General Mary Valliere makes sure the Vietnamese sisters have warm clothes for the cold months and warm support in their struggles with the English language and U.S. culture. Her own sisters, mostly in their 80s and 90s, are delighted with their new students, whose joy and energy are helping them to live fully. This is the kind of mutual gift exchange that lasts beyond the holidays and endures into the future.

We're delighted to bring you this blog from the monthly feature "The Life" courtesy of our friends at Global Sisters Report. This month "The Life" panelists were invited to share some intercultural customs that their congregations practice as a ritual to bring in the new year. Click HERE to read more blogs from The Life, GSR's monthly feature about the unique, challenging and very specific lives of women religious around the world. 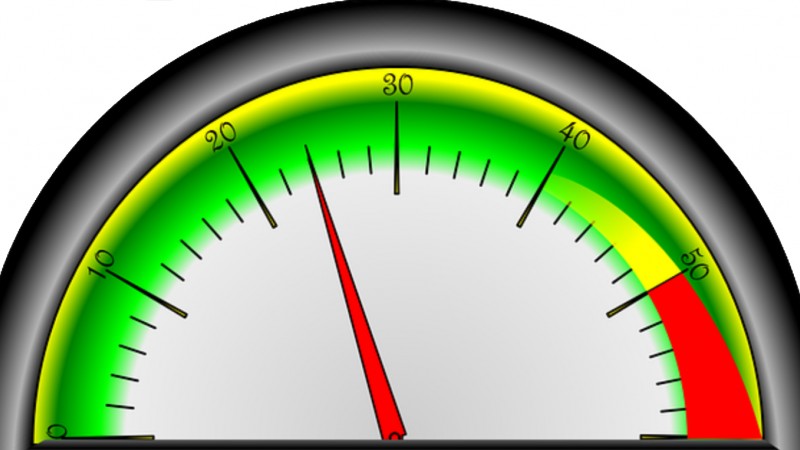 What is the point of “external” religious rituals…