Where is God Calling You?
By Sister Julie

In 1954 a young nun by the name of Sister Bernadette Lynch, MM, was profiled in none other than Cosmopolitan magazine and photographed by the legendary George Barris, who also photographed the likes of Elizabeth Taylor and Marilyn Monroe. 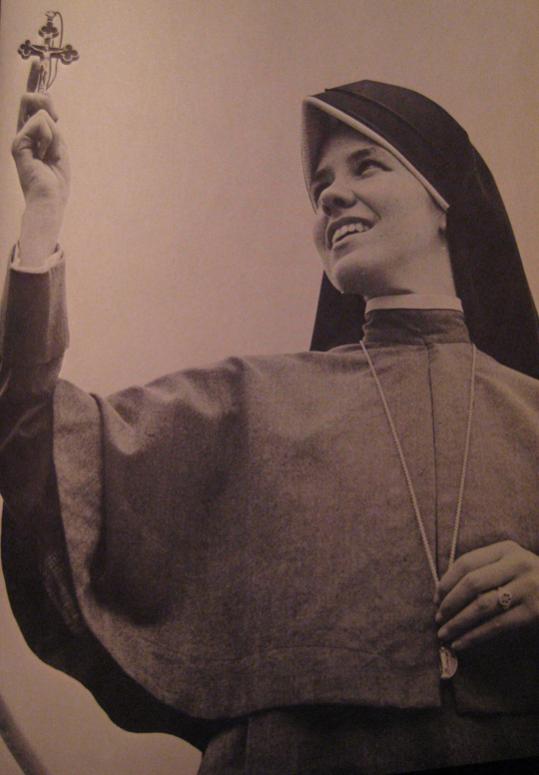 The topic? An article presenting religious life as an attractive option for young women through the story of someone their age who embraced it. Sounds like a typical Cosmo story, right? Well the article following Bernie’s journey into religious life with the Maryknoll Sisters was so well received that the book author Sister Maria del Ray Danforth, MM, and George Barris decided to create a book based on the article. Thus was born Bernie Becomes a Nun a fascinating book that describes the process of becoming a sister from the inside out, complete with over 200 photos with captions from Bernie about what she was thinking and feeling. The book, published in 1956 by Farrar, Straus and Company, had a huge impact on young women — both those who found that extra encouragement to pursue a religious vocation and those who felt called to other vocations through marriage or ministry. And, not only does the book continue to inspire people, but Sister Bernie herself continues to be an inspiration.

Yesterday, Sister Maxine and I met Sister Bernie for the first time via phone and got to talk with her a bit about her experience with the book and as a missioner for over 61 years! Sister Bernie will be joining us tomorrow night for In Good Faith podcast. We’ll talk with Sister Bernie about the book, life as a missioner and Maryknoll sister, and what it means for each of us to be a missioner in everyday life.

For today, we wanted to be sure to tell you about the book which is a classic — out-of-print and not easy to find! We were fortunate enough to score one from our dear friend Suze! 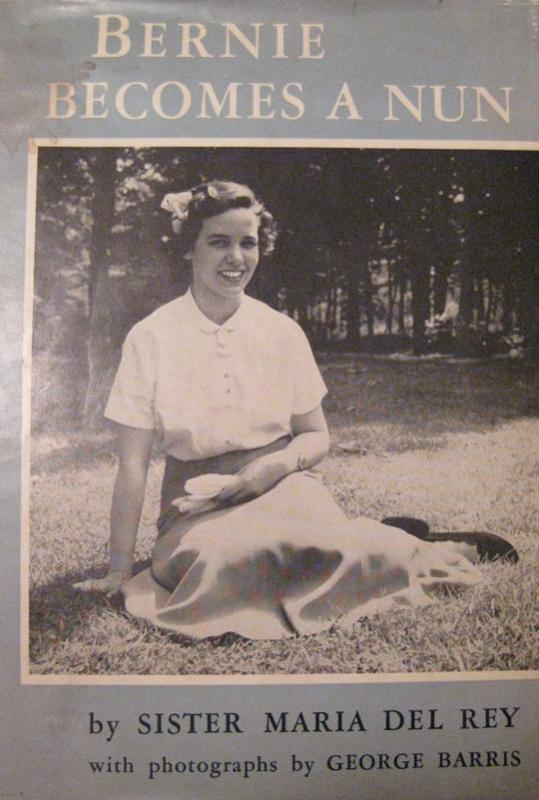 The book has four parts:

Each of the four parts begins with some writing by Sister Maria describing the stage of becoming a nun in ordinary, accessible language. Here’s the beginning of the book for example:

It isn’t so easy to start being a Sister.

If you appear at the front door of any convent, for instance, and announce, “Here I am, ready to live my life for God,” I am sure the Sisters will tell you, “Think it over and come back in six months or so.” That is, unless they know you very well and realize that you have already been thinking about it for a long time.

Let’s get down to the crux of a vocation. You must begin with the basic question, “Why do I want to be a Sister?” …

You see, a religious vocation is not a question of your making a heroic gesture of “throwing your life away,” “trampling on the glittering pleasures of the world,” “toss away the joys of married life.” No. It is simply a matter of following the path God points out for you.

Throughout each part, we are treated with photos of Bernie and her reflections on her journey from deciding to enter religious life to boarding the Santa Luisa as a professed sister and missioner headed to Bolivia.

UPDATE: Listen to our interview with Sister Bernie at IGF003.

**Image: Sister Bernie's mission crucifix, a symbol of her misionary vocation, given to her before departing for her assignment in Bolivia and The classic book Bernie Becomes a Nun by Sister Maria del Rey with photographs by George Barris (New York: Farrar, Straus & Company, 1956)

I read her book. I found it on a bookshelf in a little back room at the grade school where I worked after I was first professed. It is very well done.

What did you like in particular, Sister Gayle? did parts resonate with your own experience?

I used to have a copy of Bernie Becomes A Nun. It was one of my favorites when in high school, as I was discerning religious life. I entered a Franciscan community, but the Maryknoll Missionaries had a special place in my heart. BTW, their habit was my favorite!

Can you still get the book?

The book is out of print, but there are still some copies floating around. Unfortunately these copies are usually upwards of $80 online! Best bet is to check library book sales, especially libraries at seminaries, religious communities, etc.

I loved “Bernie” as a kid in the ’70′s. As a young contemplative Dominican nun I was with a group of other nuns in formation from our US monasteries. One of the sisters was a transfer from the Maryknoll Cloister. In the course of our conversations and learning what her life was like (cloistered nuns have a soft spot in their heart for missionaries) I found out that she and Sr. Bernie had been missionaries together. I was able to get a used copy of the book (cheap) and gave it to one of our sisters for her Solemn Profession as she loved that book as a kid, too. I’m looking forward to listening in if I can clear my schedule tonight!

Even though some of the experiences of entering the convent were so different for Sister Bernie and me (for example she brought next to nothing with her, I did the opposite), her joy at following her calling in the midst of fitting into a different culture (religious life has its own culture) echoed my own experience. She had to tell her parents and friends, as did I. But she followed her heart happily and so do I.

I loved “Bernie Becomes a Nun”!!! We had it in my grade school library. I used to surreptitiously read it whenever I had the chance (this was in the 70′s), pouring over the pictures especially. Naturally, I aspired to religious life and this book was perfect for me! (In the end, I entered a Franciscan community after my Freshman year of college—-though I would have gone sooner if it was ‘allowed’ ….I ended up leaving after my First Profession). I have a special place in my heart for “my” Sisters and for religious life in general. I am SO PLEASED to hear that Bernie is still a Sister!!!That is by far the best news of all!!!

Loved hearing from you, Lucille! Be sure to listen to our interview with Sister Bernie. She’s amazing!