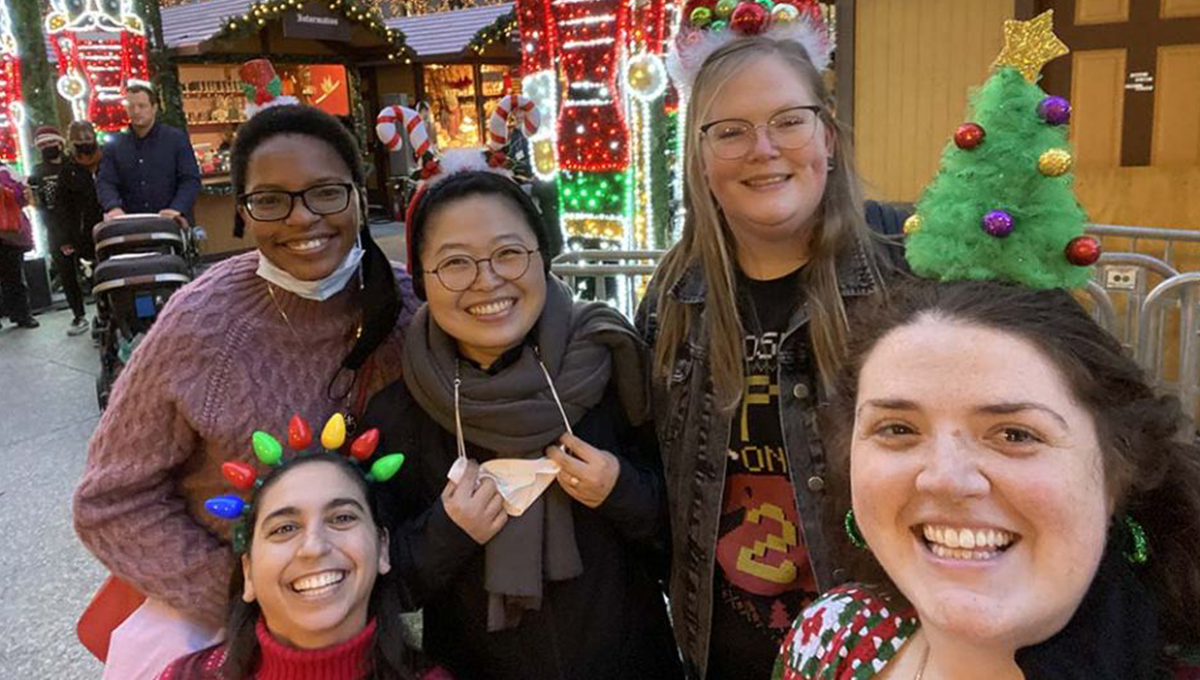 Jane Aseltyne is in first vows with the Sisters, Servants of the Immaculate Heart of Mary in Monroe, Michigan. Before entering, she served as the communications manager at A Nun's Life Ministry and worked in various ministries focused on disenfranchised populations, including teenagers and the elderly. Currently, she is a graduate student at Catholic Theological Union in Chicago pursuing a master's degree in systematic theology and spirituality and is involved in the Together Program, an intercultural cohort of young women religious who are studying at Catholic Theological Union and living in community.

Think back to your early days in religious life and share a memory based on the question: what was the most surprising thing to you about religious life?

About six months into my candidacy with the Sisters, Servants of the Immaculate Heart of Mary, I moved into a community house for the first time. I had been living quite happily on my own in Toledo, Ohio. I had my own apartment, car, job and routine. I was content living as an independent single woman, yet I knew I was being called to try religious life. Still, I was nervous about leaving behind everything familiar to me. 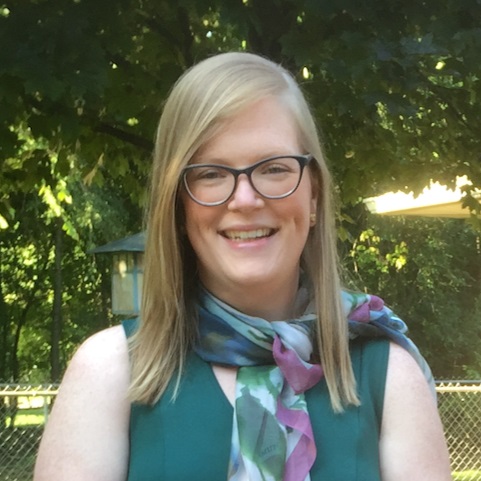 On moving day, my family and friends helped me pack up and drive to Monroe. When we arrived at the house, the sisters greeted us with a big sign that said, "Welcome, Jane." I slowly began to feel more at ease throughout the day as the sisters helped me unpack and got to know my family. I wondered if I was not gaining more than I was giving up.

As with any transition, there was a period of adjustment. It had been a few years since I'd had housemates, so I had to relearn how to communicate about everyday things like chores and grocery shopping. I had to learn how to plan prayer and community gatherings. And the most terrifying thing? I had to learn to cook.

But it was through these challenges (and several kitchen mishaps) I realized that I had not given up as much as I thought. To my surprise, I gained a whole new network of support and friendship. I've had many opportunities to try new things that might not have been possible on my own. Through the encouragement of my sisters, I've grown in my love for theology and desire to be with those on the margins of our society.

I am amazed at how much my world has expanded since candidacy. I've built friendships with sisters around the world. I've traveled across the United States to different motherhouses, learning how sisters have responded to the world's most pressing needs for centuries. I've spent time with our Immaculate Heart of Mary sisters in Juárez, Mexico, ministering to and with our sisters and brothers at our southern borders. And for the last two years, I've been working on a master's degree in theology at Catholic Theological Union.

No matter which life form a person chooses (religious, married or single), it requires some amount of sacrifice. And for me, it was in letting go of the familiar that I found new life.

We’re delighted to share with you this blog from the monthly feature “The Life” courtesy of our friends at Global Sisters Report. This month, The Life panelists responded to this prompt: Think back to your early days in religious life and share a memory based on the question: what was the most surprising thing to you about religious life? CLICK HERE  to read more blogs from The Life series, GSR’s monthly feature about the unique, challenging, and very specific lives of women religious around the world.

Image above: Jane Aseltyne and the sisters she lives with, who are in the Together program at the Catholic Theological Union, visit the Christkindl Market in Chicago last December. From left to right, back row: Passionist Sr. Pulane Makepe, Charity Sr. Youngmi Bae and Immaculate Heart of Mary Sr. Jane Aseltyne. Front row: Notre Dame Sr. Nicole Varnerin and Mercy Sr. Kelly Williams. (Courtesy of Jane Aseltyne)