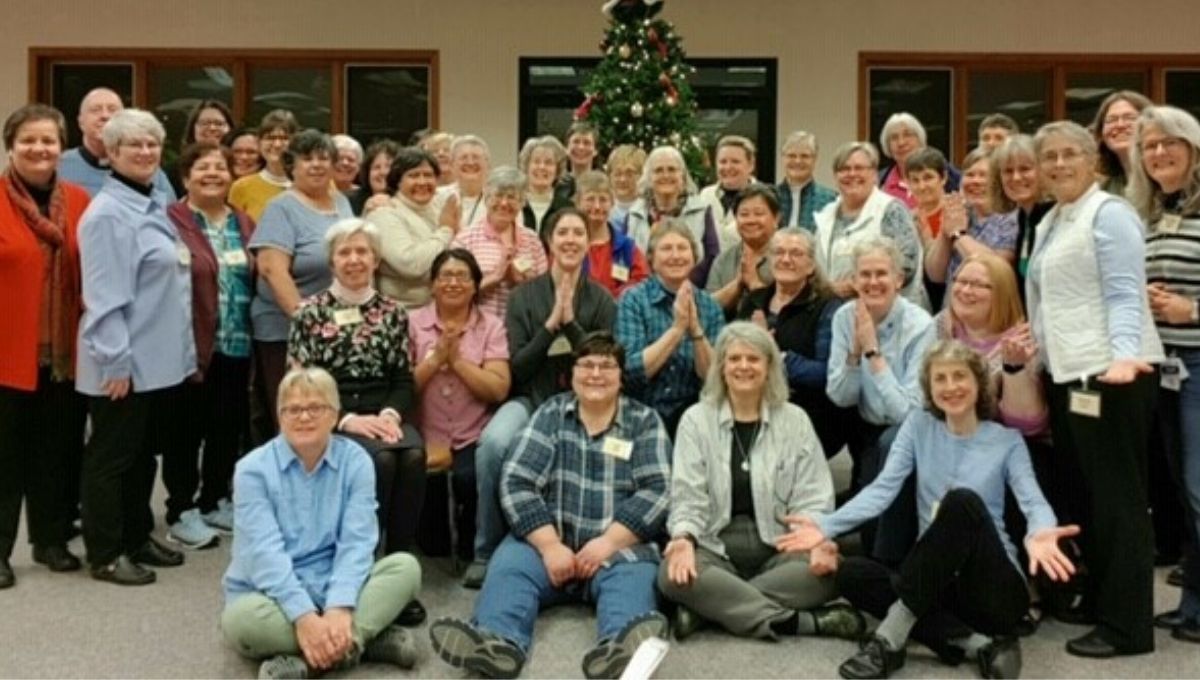 Religious life is full of surprises. The event that I attended last weekend was no exception! ​It was a “Developing Leaders” workshop with about 50 Catholic sisters from Michigan, Ohio, Indiana, and Illinois. The event was held at Victory Noll, the Motherhouse of the Sisters of Our Lady of Victory, in Huntington, Indiana. 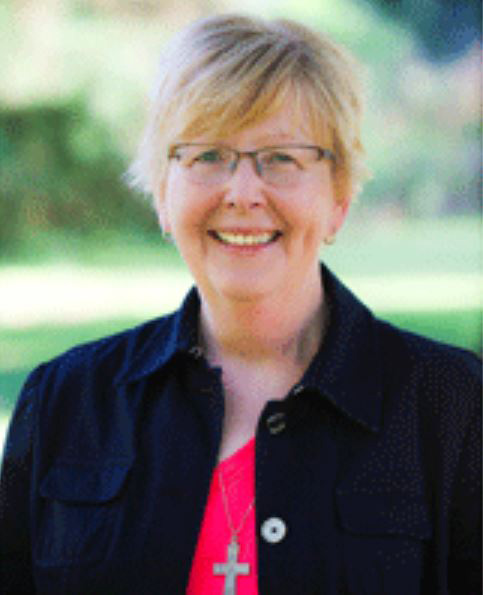 I wasn’t anticipating surprises, as I've been to many workshops and know the general routine. I expected the event to have the usual workshop things, which it did: there are speakers, you talk to people, you learn stuff, you drink coffee.

At a nun workshop, I also expected lots of prayer, which there was, and which btw was totally awesome. I figured that I’d have a little nun bedroom in the Motherhouse, which I did, and that the workshop group would have meals together in the OLVM dining room, which we did.

So where were the surprises? Everywhere! 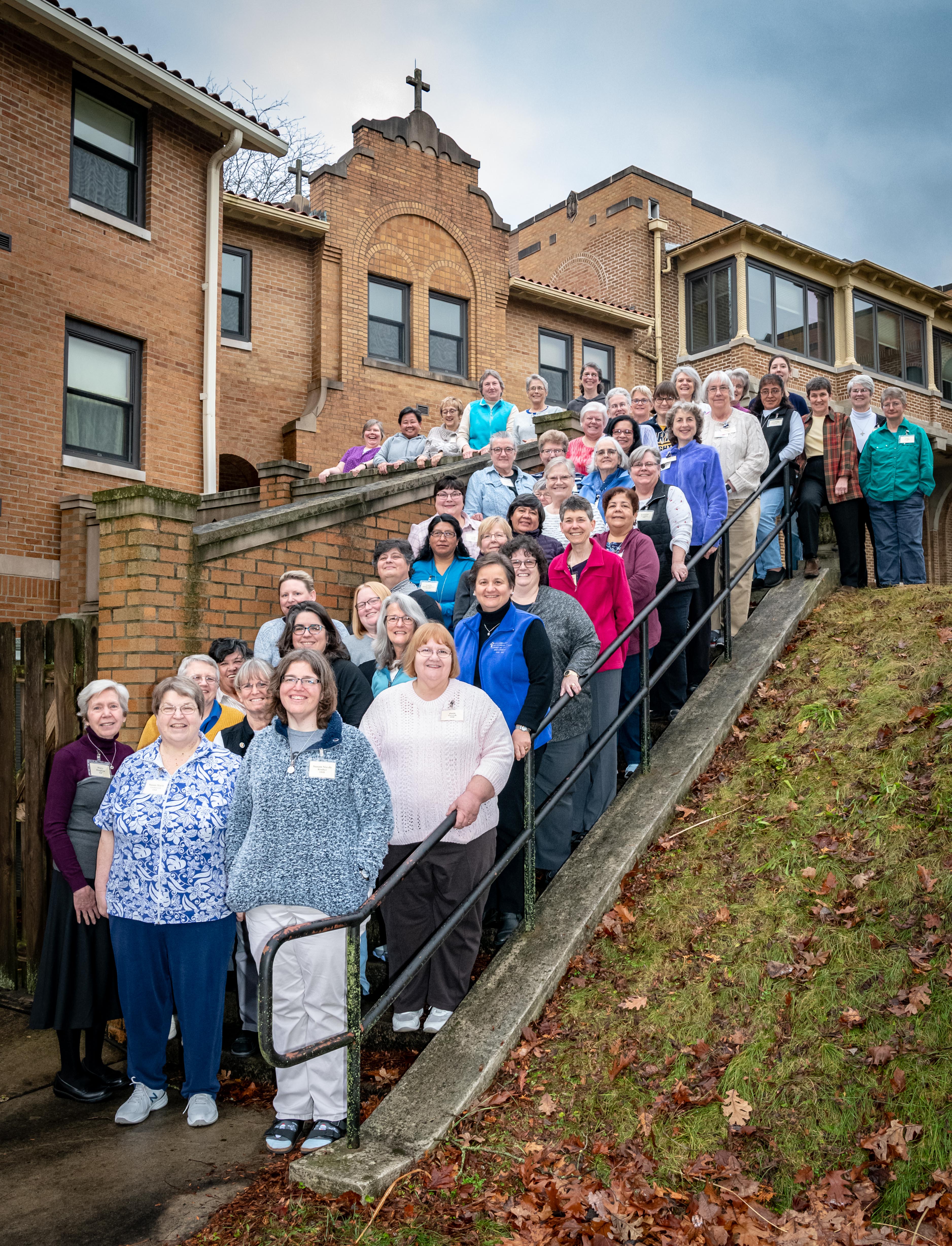 For one thing, it was surprising to be with sisters from so many different congregations: Benedictines, Franciscans, Dominicans, IHMs, Sisters of Providence, Victory Noll Sisters, Poor Handmaids. We talked about the current state of religious life, what the future seems to hold, and what leadership skills are needed in our congregations and in religious life as a whole.

We looked around the room at one another and felt a sense of energy and hope. So many times we hear about the decline in numbers of sisters due to aging and death. It can be easy to overlook the fact that the number of new sisters has grown steadily in recent years. It's the quality of religious life that continues to energize us and to attract others!

I am often amazed by the variety of experiences that sisters have. This group took that to a new level. There were sisters of various cultures. You could hear different languages, including Chinese and Spanish, among others.

And there was an astounding range of ministries. I met a sister who is an internal auditor and travels around the world to work with non-profit organizations. I met social workers, university professors, musicians, vocation ministers. I met a sister who was a logistics manager for a national trucking company before she entered religious life. The list goes on and on. 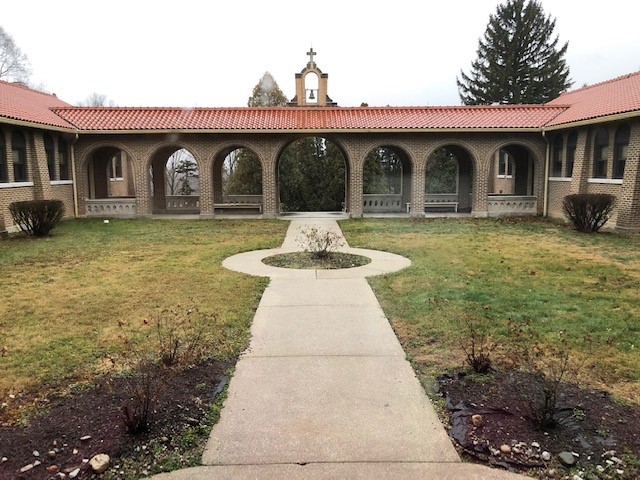 There was one thing that surprised me but probably shouldn’t have: the number of times I got lost on the Motherhouse campus. It’s a really big place, all connected by tunnels, which was handy because it rained all weekend long.

Typically, I’m okay with directions and can eventually find my way back. Not so at Victory Noll. Once I was so lost that I had to go outside in the rain to figure out where I was. But not surprisingly, a sister came out with an umbrella to help me.

The workshop ended around noon on Sunday, the Feast of the Baptism of Jesus. We gathered again in the chapel, and each sister shared a word or phrase describing her experience of the weekend. Then we blessed one another and went forth in gratitude for the wonderful weekend of sisterhood.

Photo of sisters on stairs courtesy of Paul Siegfried. 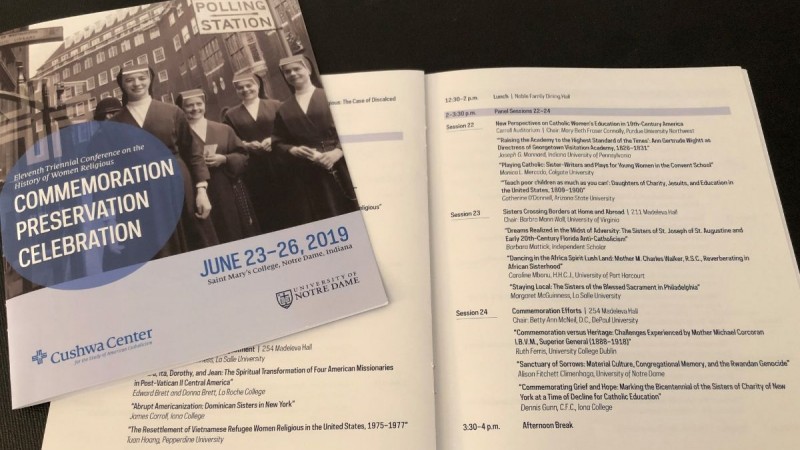 A glimpse of History Heaven!