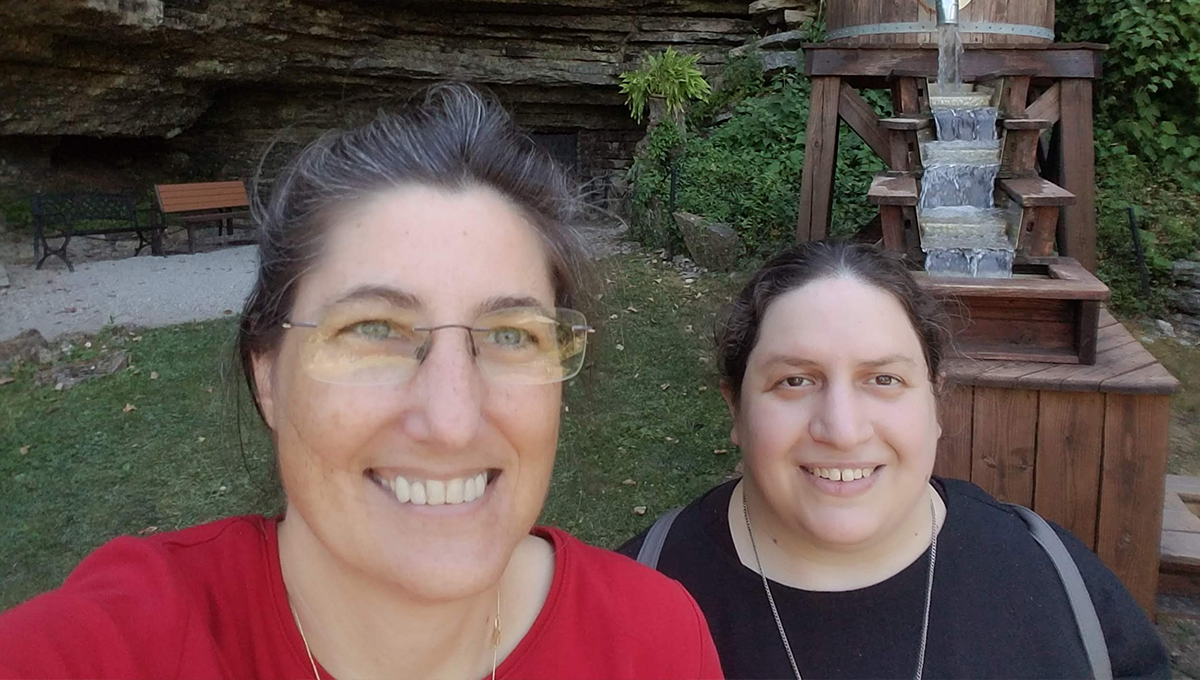 One might take a look at me and say… “She looks like a white American.” If one takes a look at my name, he might think otherwise. Just because one has a lighter skin tone, that doesn’t necessarily mean that they are white. Such is the case with me. I was born in Buenos Aires, Argentina. When I was 3 years old my family and I moved to Metairie, Louisiana. Yes, I do consider myself to be a Hispanic.

Growing up, we didn’t speak very much about our faith. It was understood in my family that it was something to be learned at school or through books. So it was NEWS to them that I wanted to enter a monastic community. My decision was going against the norm they were used to. I was expected to finish college, get married, buy a house and have kids. They didn’t think that I was serious about becoming a nun at the time because I was working at a daycare full-time and attending night college classes to become an Early Childhood Education teacher -- and then go on to study to become a religion teacher. At least, that was my plan. Obviously, it didn’t turn out that way.

Once my dad heard what I wanted to do, he wanted to immediately get on the phone and call the monastery just to make sure the place was real. (Thankfully, he didn’t!) Eventually they were okay with me going -- to get it out of my system. Or so they thought…

When I came home, I did share with my family my experience. My parents weren’t excited about my vocation, but they could see that I was happy. What really helped my parents become comfortable was that my vocation director came to visit my family for a few days. That made a difference. As I continued discerning with my community, that same feeling was still there. I visited a few more times and my vocation director and I decided that it was time for me to begin the application process. So I worked fewer hours at the daycare and stopped attending college. I was attracted to my community because of our Eucharistic charism, the Divine Office and our semi-cloistered, contemplative lifestyle. Once I completed the process I was accepted into my community in August 2007. I made my final vows in January 2014.

Another thing that helped my parents was when they came to visit our monastery for the first time. They still don’t understand, but they could see for themselves that I am happy and they like the sisters who I live with.

Being Hispanic, I have had some challenges living in a German English-speaking community. While I love my sisters, some at first couldn’t understand that even though I’m Hispanic, that didn’t necessarily mean that I love tacos. Don’t get me wrong, I do enjoy eating tacos. However, I never grew up with them. In fact, the only time I ate them was when I would go out with my friends to a Mexican restaurant. Argentines are known for eating steaks and having barbecues. At first, this used to really frustrate me but now, when things like this come up in conversation, I look at it as a teachable moment.