IGF016 In Good Faith with Sister Patricia Wittberg, recorded live on April 11, 2012. Produced by aNunsLife.org Ministry. Topics include young women in the Catholic Church today, the attraction to intentional communities. 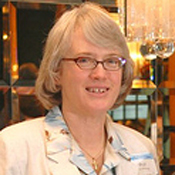 Sister Patricia Wittberg, SC, is a Sister of Charity of Cincinnati who ministers as Professor of Sociology at Indiana University – Purdue University. She is also on the vocations team for her congregation. She is the author of many articles and books including Creating a Future for Religious Life and Pathways to Re-Creating Religious Communities. Among her most recent articles is “A Lost Generation?” in America magazine on young women in the Catholic Church.