Where is God Calling You? Types of Prayer Scripture Jesus Ministry

IGF025 In Good Faith with Sister Judy Zielinski, OSF, recorded live on March 27, 2013. Produced by aNunsLife.org Ministry. Topics include: documentary film We Shall Not Be Moved, vocation as sister and storyteller, bringing the Gospel to life. 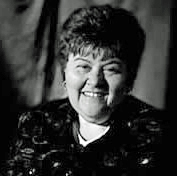 Sister Judy Zielinski, OSF, is a Franciscan Sister of Sylvania, Ohio, and is the Director of Faith & Values Programming for NewGroup Media in South Bend, Indiana. As a filmmaker and sister she understands her work as storytelling for the sake of the Gospel. She wrote and produced the 2012 documentary We Shall Not Be Moved, about six orders of Catholic sisters in New Orleans whose lives were dramatically changed by Hurricane Katrina. She has written and produced many TV documentaries which have aired on stations across the U.S.  Sister Judy is currently working on several different projects that have had her traveling across the nation to interview lay missioners, people who are homeless, migrants, refugees, and others.