Skip to main content
Vocation Stories
Where is God Calling You?
Community Life 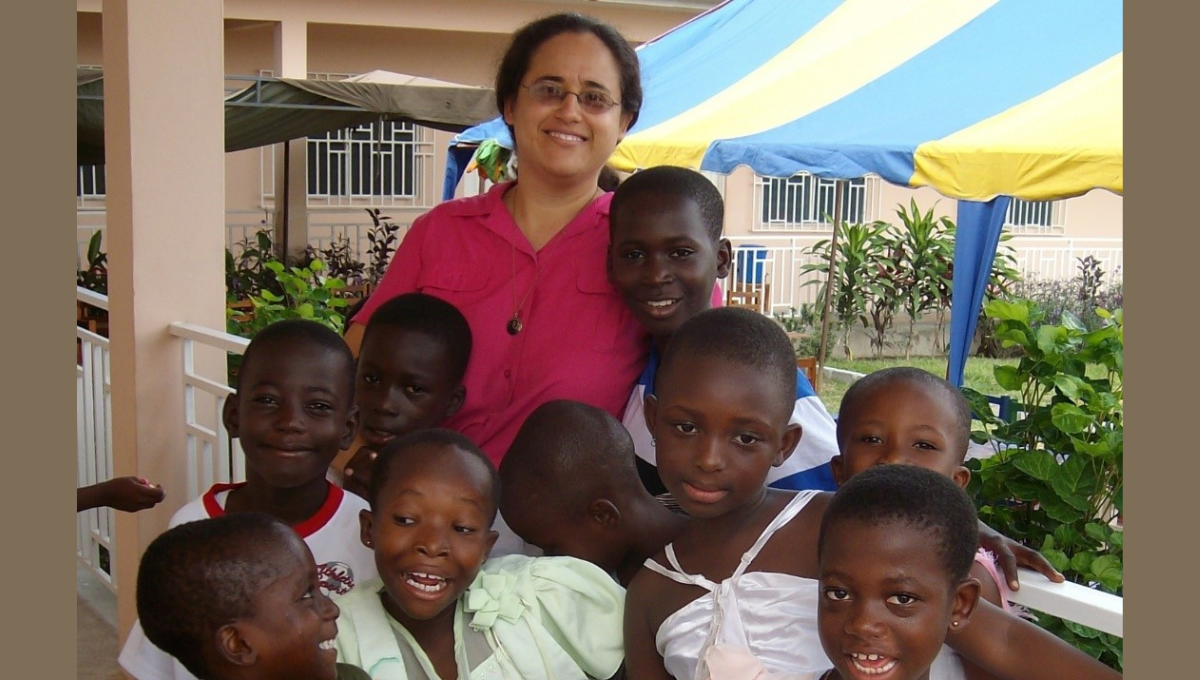 A Vocation Story about Sister Verónica A. Fajardo, CSC
Sisters of the Holy Cross

Becoming a woman religious was, for me, like going home. Let me explain.

One of the first steps in my vocation quest—before I even realized it was a quest—was finding comfort in the church.

My family had left Nicaragua when I was 8. The civil war and the resulting violence made it just too dangerous to stay. So my family and I journeyed by bus, boat, van and car to Los Angeles, California, where we joined Assumption Parish. Although this new country had many different and sometimes hard-to-understand customs, Mass was still the same. The church felt like home and became a piece of my journey toward my vocation.

In my teen years and through college, I was really involved in the parish: attending youth groups, assisting with the CCD (Confraternity of Christian Doctrine) program, singing in the choir, doing campus ministry. I loved it. Later, while studying at Loyola Marymount University in Los Angeles, I also participated in spiritual retreats conducted by the sisters in my parish. My boyfriend could not understand why I was always going away on retreats. “Because they’re fun!” I told him. 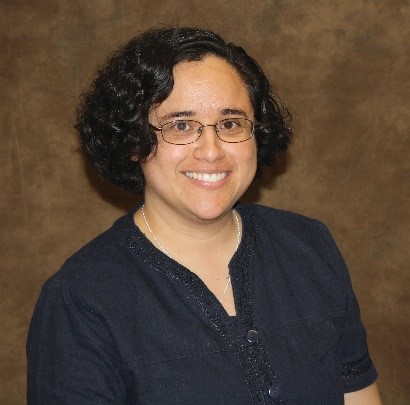 expensive. My older sister Angela, also in grad school at the time, and I started living as boarders at a convent two blocks from campus. That was a wonderful way for me to get an experience of community living. We had prayers in the mornings with the sisters, and in the evenings, we took turns cooking. I came to realize that sisters are normal human beings who have good days and bad days. I felt very much at home with them.

Then my first inkling of a call happened during a study abroad program in France. In the town of Annecy, a friend and I attended Mass in a small church. I looked around and thought, “Where are all the young people?” Everyone, including the priest, was much older than we were. A thought came to me: “There is really a need in the Church for people to serve. What if I serve?” Immediately, I wondered, “Where did that thought come from?!”

For the next two years, I taught elementary school in the Lennox School District and in the religious education program at my parish. The “call” that came to me in France had lingered, but I did not know what to do with it. I finally shared it with one of the sisters I had lived with. “Verónica,” she told me, “I would love for you to join my congregation, but it is the Holy Spirit who will guide you. I am going to get you in touch with a local vocation director who will be neutral. She will help guide you.”

When I met with the vocation director to start the formal discernment process, I asked her, “How will I know which congregation is right for me? They all do such remarkable things.” She said, “Because you’re going to feel at home.” (There was that word again.) She also encouraged me to be aware of my feelings as I visited different congregations or looked at their websites. I took her advice.

I also found a spiritual director and talked with my parish priest. He said, “If you have a call, God is going to give you hints along the way. Do not expect to be deep in prayer and hear ‘Veronica, join the sisters of …’ But know that I will be praying for you.” I was so strengthened by that.

I wrote to four congregations, and the Congregation of the Sisters of the Holy Cross responded immediately. The sisters invited me to visit the motherhouse in Notre Dame, Indiana. I spent time in the chapel and visited the Congregation’s heritage room, and I fell in love. I learned that in their 100-plus years as a congregation, the sisters had been around the world and done so many different things. The fact that so many had gone out of their comfort zone, left their own country to serve somewhere else …  like me, they knew what it was like to leave your home and settle in a new place. 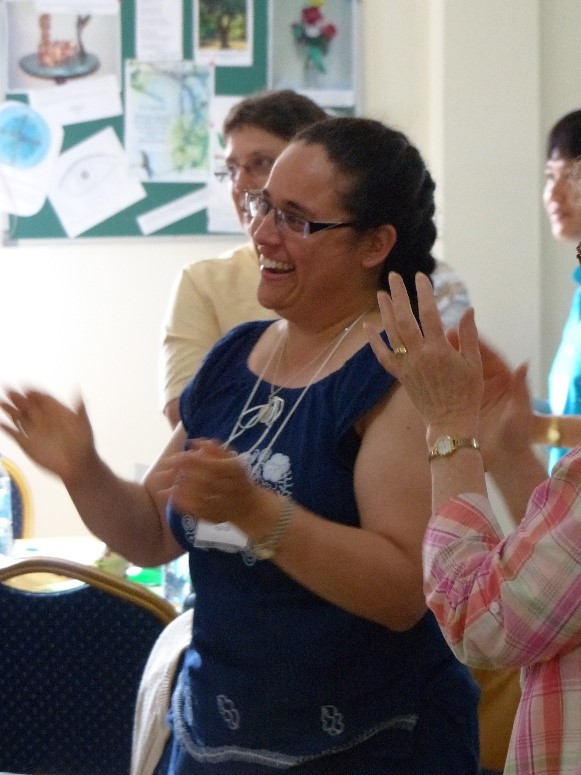 At the motherhouse, there was a moment when I thought, “Yes, I can see myself living with this group.” That was a very comforting thought for me. I was beginning to get more clarity.

I liked that the sisters lived in the inner city and the way they interacted with me and each other. They seemed free-spirited and lively. They were welcoming and shared stories about their lives and ministries. I was free to be myself around them. I felt reassured when, still in doubt, one of the Holy Cross sisters said simply, “The Holy Spirit will guide you.” That was a big relief. No pressure.

I asked to spend a day with each of the Holy Cross sisters in their ministries. My experiences included visiting the Brother André Outreach Center, helping families arrange funerals, and discovering the Catholic schools’ Writing to Read program. All these opportunities were immensely helpful in making my decision more concrete. I entered the novitiate, then made my first vows in 2006 and my final vows in 2011.

I often think of something else a Holy Cross sister said along the way that has continued to guide me. She said, “If you can trust God to give you what you need when you need it, and not when you want it, Verónica, you’re going to do well in this life.” That message has really stayed with me because it is true. This life is real. And I am home.

Header Image: While initially professed, Sister Verónica taught first and second graders at Our Lady of Holy Cross School in Kasoa, Ghana, from 2009 to 2011.

Image Two: Sister Verónica joyously participates in an activity during the Congregation’s 2014 General Chapter in Uganda.