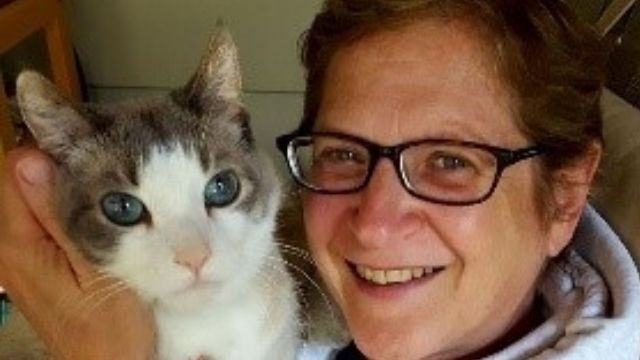 A Vocation Story by Sister Debra Weina, SSJ-TOSF
Sisters of St. Joseph of the Third Order of St. Francis

My discernment to enter the congregation of the Sisters of St. Joseph of the Third Order of St. Francis took place back in 1980. I had just turned 20 years old and was excited and in love with the congregation and the various ministries of the sisters. That fall, I began my first of two years of novitiate and moved from Central Wisconsin to the inner city of Cleveland, Ohio. For many, this would not seem to be much of an issue, but for me—being from a small town in Wisconsin—it was a BIG DEAL! Those first couple months were really an adjustment for me, but soon I settled down and found a peaceful routine that included prayer, service, and study.

Violence in Central America was at its peak, especially in El Salvador which was very present in the news headlines. However, it was the martyrdom of the four women: Maura Clarke, Jean Donovan, Ita Ford, and Dorothy Kazel that struck me especially hard that December morning when the news came to us from our novice minister. I felt a blow to my heart like nothing ever before. Deep within me there was unrest and I felt such uncertainty during my times of prayer and journaling. I struggled with this reality in such a deep way and even questioned God about it.

I took this unrest and questioning to my novice minister and spiritual director for help in discerning it on a deeper level. It was through deep prayer, conversation and the intensity of Novitiate that I came to an awareness of my own personal brokenness. I realized I felt that I was not “good enough” to be a minister of the Lord. These objective people helped me to understand that God was calling me to embrace this part of myself and challenging me to let go and begin to love and rejoice in the gift of myself.

As my discernment for religious life continued, I too realized that I entered religious life with “rose colored glasses”. I needed to work through and break away from the romantic images of religious life that I grew up with. Sisters are human, Community life is messy and conflicts happen. Once I could let go of these long-held images, I was able to move forward and live the gift of who I was to this world.

December 2, 1980, forever changed my life as a vowed religious. I now remember these four women and the gift their lives (and deaths) were to the people they served and touched in El Salvador. I celebrate them and will forever honor them because of the lesson they taught me of what it means to be “Sister.”