I spent part of the weekend at our IHM Motherhouse for a webinar symposium on Spatial Racism. I was grateful for the opportunity to learn more about spatial racism as I had little familiarity with it. The symposium was offered through the "Undoing Racisim" committee which includes members from four religious communities -- the Oblate Sisters of Providence and the IHM congregations of Scranton, Immaculata and Monroe.

So what is spatial racism? Spatial racism refers to "the patterns of metropolitan development in which some affluent whites create racially and economically segregated suburbs or gentrified areas of cities, leaving the poor (mainly African Americans, Hispanics and some newly arrived immigrants) isolated in deteriorating areas of cities and older suburbs." This definition comes from the Archdiocese of Chicago's Office for Racial Justice in their Workshops on Racism and Ethnic Sensitivity (available in Spanish and in English on their website). The office was established by Cardinal George in 2000 and has provided many resources ways to stop the sin of racism.

Cardinal George wrote Dwell In My Love: A Pastoral Letter on Racism in 2001 where he outlined four patterns of racism that continue today: spatial, institutional, internalized, and individual racism. In the area of spatial racism, he wrote:

Spatial racism refers to patterns of metropolitan development in which some affluent whites create racially and economically segregated suburbs or gentrified areas of cities, leaving the poor -- mainly African Americans, Hispanics and some newly arrived immigrants -- isolated in deteriorating areas of the cities and older suburbs....

These disparities undermine the regional economy and the moral basis of the metropolitan area. Spatial racism creates a visible chasm between the rich and the poor, and between white people and people of color. It marks a society that contradicts both the teachings of the Church and our declared national value of equality of opportunity....

The spatial racism of our society creates a similar pattern in the Church. Geographically based parishes reflect the racial and cultural segregation patterns of neighborhoods and towns.

Professor john a. powell [sic], an internationally recognized expert on civil rights and civil liberties, writes compellingly about spatial racism in the article Race, Place, and Opportunity published in The American Prospect (September 21, 2008):

We live our lives trying to gain as much opportunity as our circumstances will allow. Space and place have always been important to pathways (and roadblocks) to opportunity, but they became even more important for the distribution of opportunity after World War II, when national policies began to shape the racial dimensions of housing and economic development. Today, we live with the legacies of a deliberately segregated past.

Where you live usually determines the school your children attend, your degree of neighborhood safety, your access to public transportation or highways, the availability and quality of finance and credit, your employment opportunities, and your social network. These spatial arrangements of opportunity are contoured by our past, and if not changed, they will have serious implications for our future. The geography of opportunity has significant influence on the choices available to us as well as on the shape of the culture we inhabit. Unfortunately, in our society these arrangements continue to carry a footprint of race whether currently intended or not.

At our webinar symposium on Saturday, we had participants from multiple locations. The speaker was Freda G. Sampson who was joined by her colleage Stacey Stevens, both from Michigan Roundtable for Diversity and Inclusion. 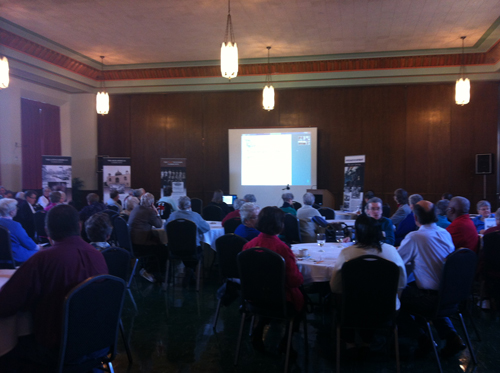 is the project manager for Housing Project: Truth & Justice, "a project that examines the challenges of race and space in this region, its history and its direct effect on wealth disparities between whites and African Americans and the polarizations of race in our urban - suburban communities."

There's a lot more to learn about spatial racism! I encourage you to check out the resources mentioned above and also a list of resources on spatial racism compiled by the OSP IHM Undoing Racism committee.

I just wanted to comment that, as a travel nurse that has travelled around the country, this spatial racism is alive and well in our health care system. I have worked at hospitals in affluent areas and hospitals in poor areas. The care and treatment differ, and also diagnostic testing, how the patient is treated, and communicated with. Not always, of course, but most of the time this is the case.

Thank you for bringing your experience to this, Traci. We'd like to think that health care and even testing are equal across the board, but even in these areas there is injustice. BTW, what an amazing ministry you have!