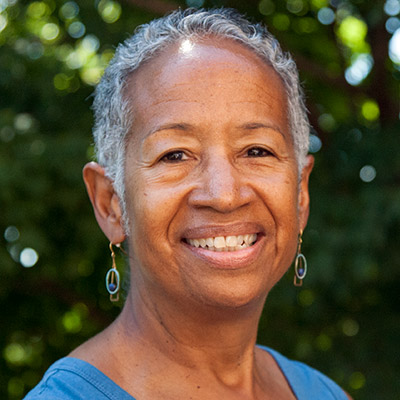 This writing from scholar and historian Diane Batts Morrow, PhD, is a great way to celebrate black history month. It celebrates the resilient spirit of religious life, embodied in a pioneering group of sisters who confronted the social attitudes, and proved that their calling of God was stronger than any societal doubts.

Celebrating Black History Month in February gives us a chance to appreciate the accomplishments of the Oblate Sisters of Providence, the first of three historically black sisterhoods founded in the United States which have existed for more than a century. Co-founders James Hector Jourbert, SS and Elizabeth Clarisse Lange organized this pioneering teaching sisterhood in 1828, as “a Religious society of Coloured Women established in Baltimore with the [approval] of the Most Reverend Archbishop, [who] renounce the world to consecrate themselves to God, and to the Christian education of young girls of color.” They opened their School for Colored Girls in 1828 and renamed it St. Frances Academy in the 1860s.

Refusing to accept such social condemnation, the Oblate Sisters demonstrated self-empowerment instead, by defining themselves primarily in terms of their disciplined exercise of piety and virtue. In dedicating themselves to the religious state, the Oblate Sisters offered their lives to God. Arrayed in a religious habit, the clothing of women of virtue, these black women became “brides of Christ.” As women religious, the Oblate Sisters at least partially transcended their social marginalization based on their racial identity in claiming in Mother Lange’s words “the respect which is due to the state we have embraced and the holy habit which we have the honor to wear,” the same respect, virtue, and honor normally reserved for white middle class women exclusively. As teachers, the Oblate Sisters effectively challenged the Mammy stereotype’s neglect of her own offspring with their collective devotion to the intellectual, spiritual, and social nurture of black children. Over the decades an Oblate education maintained such a reputation for excellence that in 2007 Leonard Pitts, a Pulitzer Prize winning, nationally syndicated journalist, wrote a column entitled “What Works: St. Frances Academy performs miracles.” Pitts stated in part, “Welcome to St. Frances Academy. Welcome to What Works. The latter is my series of columns highlighting what is helping to improve the lives of black children. The former is a sterling example thereof.”[ii]

The Oblate sisterhood teaches us the invaluable lesson that you do not let others define you or social restrictions prevent you from doing what you sincerely perceive to be the will of God, a critical message for people of any race, gender, age, or nationality. In the twenty-first century, when African Americans must still contend that black lives matter, this community of black women religious serves as both historic and contemporary role models of black agency in the struggle against racism and the determination to achieve justice in American society for all people.

Diane Batts Morrow, PhD, is an Associate Professor of History and African American Studies at the University of Georgia. She researches and writes extensively on the Oblate Sisters of Providence. The University of North Carolina Press published her award-winning first book, Persons of Color and Religious at the Same Time: The Oblate Sisters of Providence, 1828-1860 in 2002. She is currently working on a second volume which continues the story of  this first Roman Catholic black sisterhood—which celebrated its 185th anniversary in 2014—into the middle of the twentieth century.

This blog post was written by Professor Morrow for A Nun's Life in 2018.