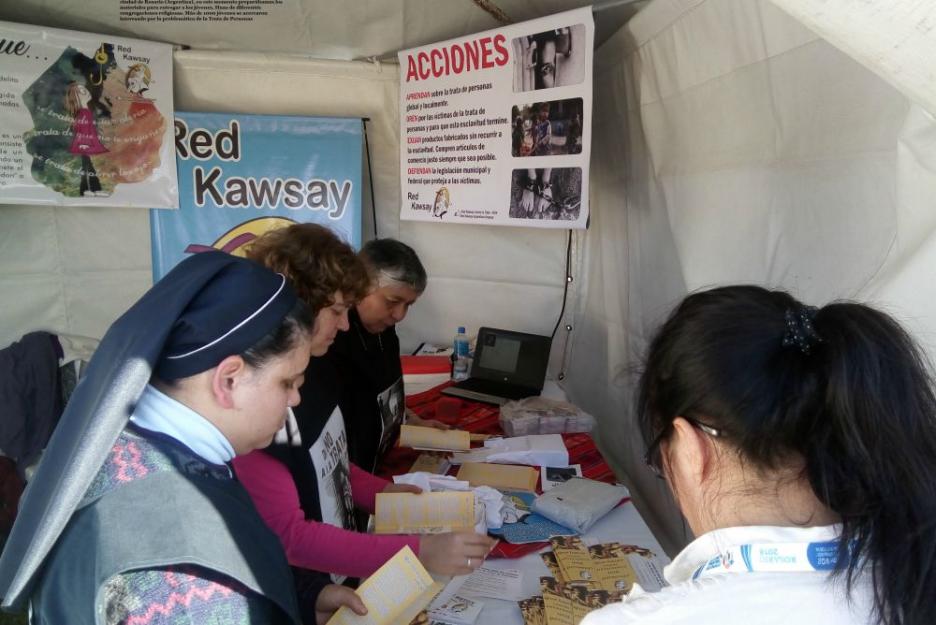 María Alejandra Leguizamón Schija is a Dominican Sister of the Holy Name of Jesus in Tucumán, Argentina. Her academic preparation includes a pastoral specialization with an area of focus related to human trafficking. She works in pastoral ministry but also with a diverse group called Kawsay Network that gives workshops for children and adults in border schools and neighborhoods.

I think that every attitude in life is political, with the understanding that the definition of politics is the care and defense of the common good.

Religious life has always been identified with the works of mercy: feeding the hungry, giving water to the thirsty, lodging the pilgrim, dressing the naked, visiting the sick and visiting the imprisoned. Attending to the vulnerable is the mission of religious life.

Any pastoral plan is a political plan, a "politics of the Gospel" where we put the poor or those whose lives are threatened at the center of attention. Today, those are migrants, environmental or political refugees, or people exploited through trafficking networks.

In my country, religious life has an important role in education and also in ministries of presence in impoverished neighborhoods. A well-known case in our country in 1990 involved María Soledad Morales from the northern province of Catamarca, a young woman found dead on the side of a road with signs that she had been drugged, raped and tortured.

She was a student from the school of a religious congregation, and when her companions and relatives began to walk around the central square of the city in silence (these were later called the Marches of Silence), the school director, Sr. Marta Pelloni, joined them. This simple but totally political and revolutionary action contributed to the fall of a corrupt dynasty of rulers who did not defend the common good.

Historically, religious have inserted themselves into poor neighborhoods to accompany and empower the people. At the beginning of 2000, our country suffered a major political and economic crisis. The poorest population had no jobs to feed and educate themselves, but religious communities helped them find meaning in their lives through faith.

Currently, in the work we have been doing as a team of the Kawsay Network in Tucumán, we are committed to the politics of the Gospel in the call to free people from all kinds of slavery, including human trafficking.

We believe that the better-informed people are, the better care they can take of themselves. We target vulnerable populations for education: young people, parents, and children from impoverished neighborhoods in our province.

Our political commitment is integrated. It is intercongregational, intervocational and intercharismatic because with these concrete actions, we care for the common good.