A Nun's Life welcomes guest blogger Sister Christina Chavez, CDP, who writes about her experience of discerning and being a Sister with the Congregation of Divine Providence in San Antonio, Texas. 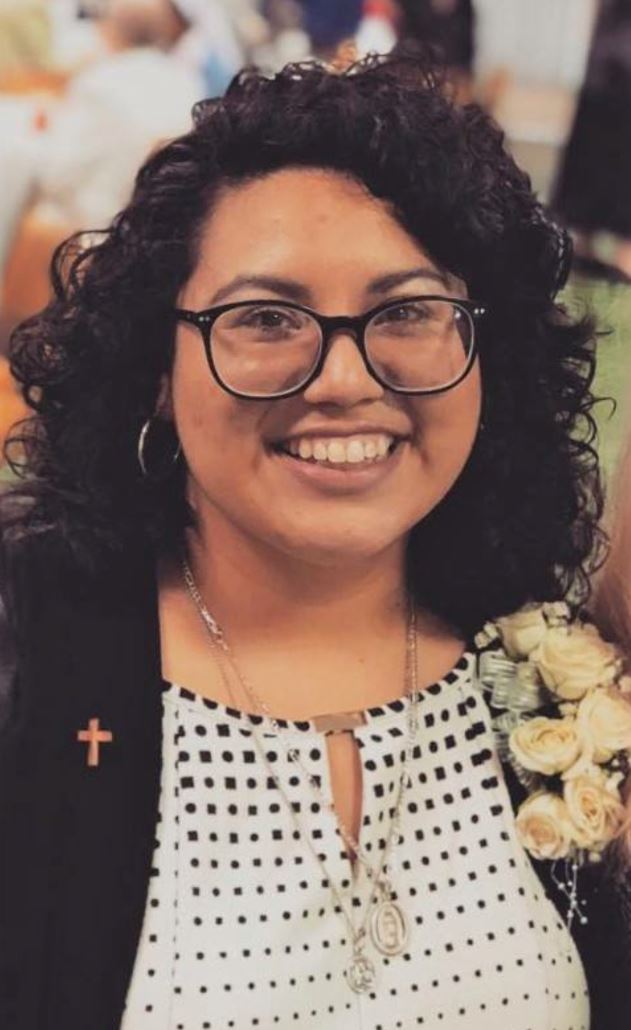 I sometimes have this mysterious feeling where life has to move on while life-changing moments are happening all around us. In the wake of Hurricane Harvey, San Antonio was not affected, yet I watched the devastation happening just a few hours away—right in my beloved state. I saw so many people living in such fear and terror of the devastation caused by this natural disaster. It literally hit "close to home". That was my first time looking at news and feeling sick to my stomach from the helplessness I was experiencing. I felt like I could only stand by and watch without any action – that feeling crushed me. And then it dawned on me—there WAS something I could do. I could pray!

As a Catholic and as a Sister, I promote the power of prayer. Yet at that moment, during those days, prayer felt like it was too little. I wanted to DO SOMETHING. My heart was aching for all those who suffered loss in the wake of a disaster of such magnitude. I am limited by my ability to help monetarily, and time-wise I was only able to attend a training for disaster response but was unable to begin any work due to an upcoming move to Mexico for a semester. Every time I tried to help in a way that would make a big impact, it seemed there was an obstacle. I had to pray and reflect on my own reaction to being dissatisfied with my one option: prayer. Why did it feel like so little? I know that prayer is so much bigger than anything else in the world. Through prayer, we can connect not only to God but also tap into our communion of saints and ask for many prayers multiplied over.

I began to look for the seeds of hope among the survivors themselves. Oftentimes, the news would highlight these moments of "hometown heroes" who risked their own lives, with little to no training. In the midst of feeling so helpless myself, I held on to the idea that these stories of hope could be the result of the power of prayer. The Holy Spirit moving among the people in order to encourage acts of strength and courage. The Holy Spirit bringing out volunteers in the wake of such tragedy.

As we recently passed the anniversary of this devastating storm, I am personally reminded of that mysterious helpless feeling and recognize its effect on me.

I've dealt with loss in my lifetime. In my congregation, even as a sister passed away due to a long-fought illness, I was on my first mission away from the motherhouse and felt so helpless. All I could do was pray and offer up my prayers. When a person who has been so influential in many lives passes away, it leaves a new mark on the world. It is so final and that person's earthly journey is complete. I often feel like I want to keep dwelling on the person or the sadness caused by the loss. I want to make sure I don't forget. I'm tempted to wallow in it. But then I see people around me, the world around me, moving along with their day.

How do I balance this ache in my heart for those suffering in the world with my need to move forward day-to-day? In the wake of tragedy, personally or globally, this is the blurry balance we are asked to make each day. How do you deal with it?

It is in these moments where I more clearly see my dependence on God, and when I pray for our Provident God to help me find a way to move forward and continue to serve God's people...