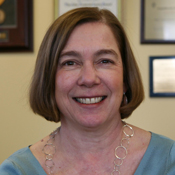 Bren Ortega Murphy holds a joint appointment in Communication Studies and Women’s Studies/Gender Studies at Loyola University Chicago. She is the co-author of two books, Cultural Hegemony in the Unites States with Lee Artz and Voices of Strong Democracy with David Droge. Dr. Murphy has also written, directed and produced one radio documentary and two video documentaries, the latest of which is “A Question of Habit: The Image of Women Religious in U.S. Popular Culture.”