Where is God Calling You? Ministry Jesus, Mary, Saints 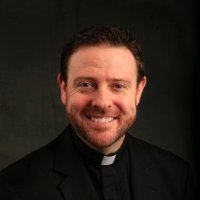 Jason Welle is a Jesuit and Managing Editor of The Jesuit Post, an online news source with a distinctly Ignatian Twist. Jason has a degree in Community Studies from the University of California, Santa Cruz. Prior to joining the Jesuits he worked for nine years in the travel industry, including serving as a flight attendant. He has also served as a Peace Corps Volunteer in Malawi, Africa.