The roundabout road to religious life

Vocation Stories
Where is God Calling You?
Prayer and Spirituality 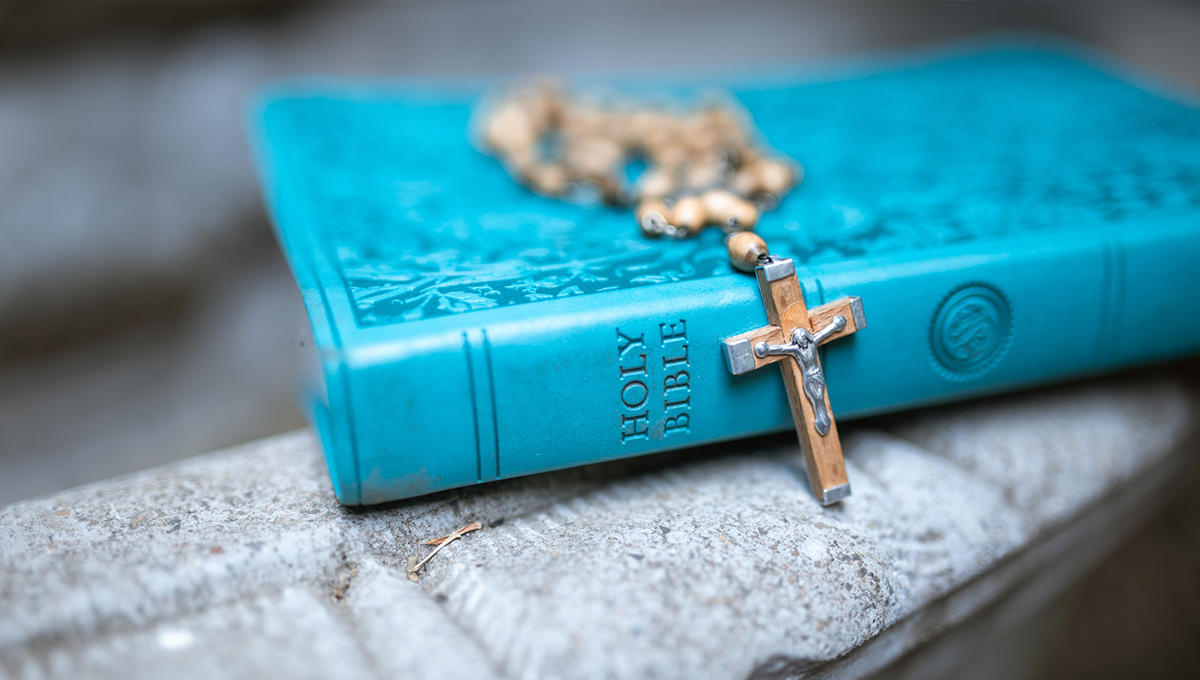 Alice Ann O’Neill was convinced that she could not pursue a religious vocation – but God persisted! Find out how she finally responded to His call.

Listen Now:
Update Required To play the media you will need to either update your browser to a recent version or update your Flash plugin.
Click to Download
MP3
https://traffic.libsyn.com/anunslife/RNC-igf053-oneill-the-call.mp3
Show Notes

Listen to the full In Good Faith episode here.

Listen to Sister Alice Ann play her cello! Check out our Facebook Live with her here.

Sister Rejane
This Random Nun Clip is brought to you by A Nun's Life Ministry. I am Sister Rejane of A Nun's Life Ministry, with my guest, Sister Alice Ann O'Neill, a Sister of Charity of Cincinnati. Alice Ann has a major life decision to make. And one day she is sitting at Mass, asking God for guidance in making this decision. And she gets an unexpected answer. Keep listening to find out what happens next.

Sister Alice Ann
going back to Mass, what happened was, I was then thrown into a huge turmoil. Because I had, when I was a teenager, thought I wanted to be a Sister of Charity. And my parents didn't want me to do it. And the sisters were encouraging, but they said, you know, "Please go get your degree first." But then when I finished my degree, they said, "Oh, well, we can't have anyone with loans. So you have to wait until you pay off all your student loans." And so I thought, "Well, that means I can enter till I'm 40-something," which is when how long it takes to pay it off. So then I thought that choice was just out of the question, because of my situation. So I decided to try to ignore what had happened at Mass. That was a bad idea.

Sister Rejane
So this is fast forwarding from when you first were in undergraduate, right, to the doctorate program, correct?

Sister Alice Ann
Right. So I was trying to decide whether to do a Ph.D in Music Ed, or DMA in Performance. And when I asked for guidance on that, instead, the voice said, "Be a sister." And so I decided to try to ignore it. That's not the best choice. But, you know, sometimes when things are scary, you just feel like you want to run away. And so to me, that was scary. Because I already had a plan. I was gonna do this, and this, and I had a whole plan, like 20 years out. And I had let go of my dreams of being a Sister of Charity. So I tried to ignore it. And then that night, and the next night, and the next night, I had the exact same dream over and over, which was these women--they were kind of like floating heads. You know how you have weird pictures when you're dreaming. But it was all of these women. Their face would come up closer, and they would say, "I was so happy my whole life being a Sister of Charity." And then the next one would say, "I love being a Sister of Charity. I was so happy." And three nights of this. And I would wake up in the morning and I thought, "Well, okay, that's crazy." The first day, I thought, "That's just me." And I just decided to ignore it again. And then when it happened the second night, it was a little harder to ignore. And then it happened the third night. And I said, "Okay, there's something going on here. And maybe I better pay attention." And so I called one of my friends in St. John, who's a Sister of Charity and I told her what happened. So then she talked with me because we've been friends since I was teenager, and I used to visit her every year when I went home. And so we talked and so she said, "Well, I think you better start discerning whether you should enter. Because this might mean something like that." And I said, "Oh, maybe not." And I had a nice talk with her. And so that night after I talked to her, I had this dream of going to this huge building that was made out of brick. Sound familiar? And then at the door, there was this woman who greeted me. And she had the same kind of habit that Elizabeth Seton had, but she was very young, she was my age. And she said, "You have to go through here." And I said, "What is that?" And she said, "This is the Hall of Habits." And I just cackled laughing, because I was like, "What kind of name is that? Hall of Habits!" And so I was sort of even joking about this in my dream, but we walked all through the building. And then she talked to me about this kind of life. And then I woke up, and I had a deep sense of peace. And I thought, "Okay, I think I could discern. Maybe I should be a Sister of Charity."

Sister Rejane
This Random Nun Clip is brought to you by A Nun's Life Ministry. I am Sister Rejane of A Nun's Life Ministry, with my guest, Sister Alice Ann O'Neill, a Sister of Charity of Cincinnati. Alice Ann has a major life decision to make. And one day she is sitting at Mass, asking God for guidance in making this decision. And she gets an unexpected answer. Keep listening to find out what happens next.