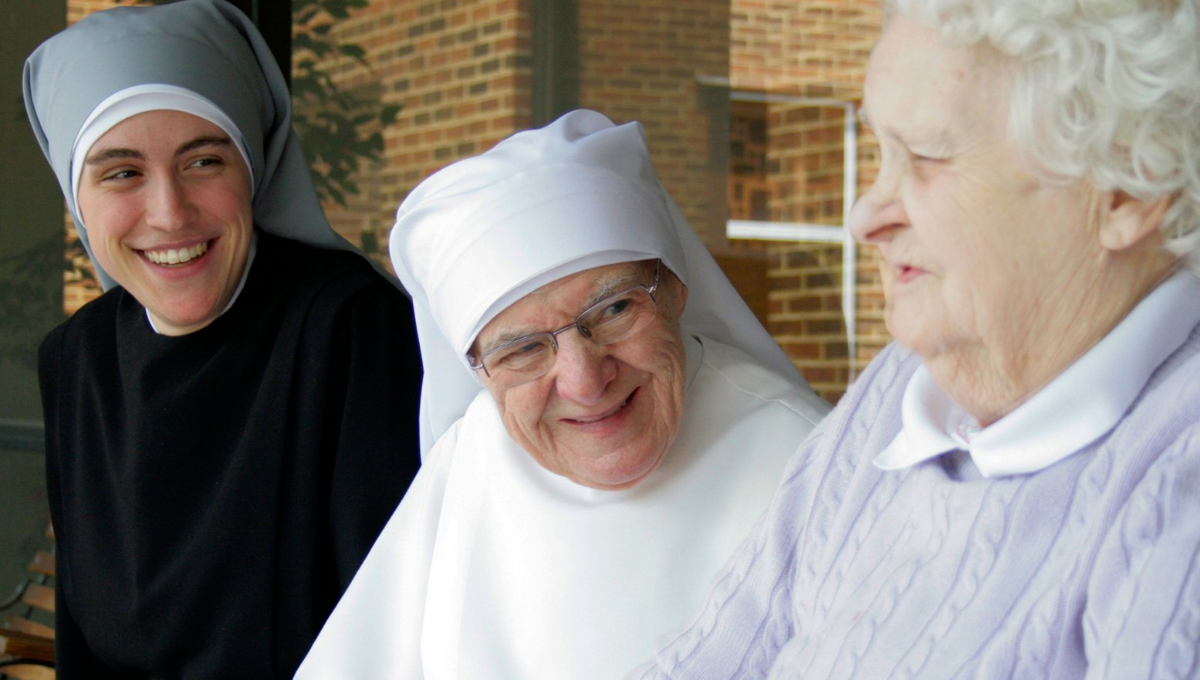 I was born in Boston, Massachusetts, into a family of two children — my twin sister and I. I was raised Catholic, but after I left home I almost forgot about God, and for a short time mostly stopped practicing my faith. My sister tried to tell me, “God is real! Read your Bible! You don’t know what you are missing!” but I wasn’t interested.

Then one day when I was twenty, I put my iPod on “shuffle” and the hymn, Be Thou My Vision started playing. I had bought this song the day after my grandfather’s funeral but never played it afterwards. As I listened to the words, I must have made this beautiful prayer my own because God answered it! In that moment I experienced God’s love so clearly that it left no room for doubt either about His existence or about His love for every person. 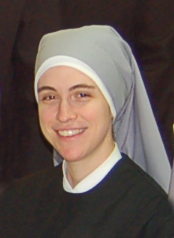 I became involved in my college’s Catholic Center where I grew in my faith and was blessed by the ministry of the religious who were our campus ministers.

God surprised me with a vocation two years later while I was doing my homework. All of a sudden, I thought of the Little Sisters of the Poor where I had volunteered a year before and I knew God was telling me, “This is what I want for you.” I opened my Bible and passages like Matthew 19:21, “Go, sell what you have, give to the poor and you will have treasure in heaven, then come, follow me,” which had previously made me uneasy now were filling me with joy! I looked at the website of the Little Sisters and when I read the story of our foundress, Saint Jeanne Jugan, and the charism and mission of our Congregation, I could see that God had been preparing me in so many ways to be able to say, “Yes, this is what I want to do with my life!”

Still, it was not what I had been planning, and my family were not expecting it either. My sister encouraged me to follow where God was leading. For the rest of my family, it took some time to come around to the idea, but I had to remember that God is watching over them too and helping them, just as He is helping me.

As a Little Sister of the Poor, my joy is to discover in the elderly, in our collaborators, in my Little Sisters, and in each person, from all over the world, the immense family of God, which is also my own!

This past August 22nd I made final vows at our motherhouse in St. Pern, France. We were seven Little Sisters from Kenya, India, Hong Kong, Peru, and the United States! As I was preparing for profession, I kept coming back to this quote from Saint John Eudes, that religious consecration means “to make profession of having but one life, one heart, one soul and one will with Jesus.” That is what I want more than anything! It is a lot. But I know that I can count on His grace, mercy, and faithfulness forever.