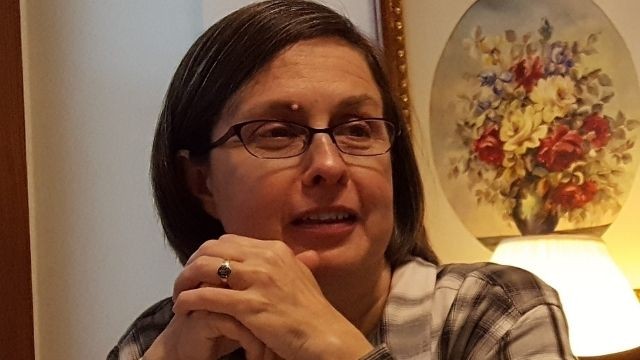 I was born in Ohio, which is a predominantly Catholic part of the country. I went to Catholic elementary school from grades 1-4 but transferred to the public school system for the rest of my education. I did attend CCD until making my confirmation in 10th grade.

It was during junior high years that my family moved to Mississippi, a predominantly Baptist area of the country. It was a culture shock for me when the non-Catholic kids in high school asked a lot of questions regarding Mary, confession, and the saints. Being a part of CYO (Catholic Youth Organization) during high school was good support to kids that had different spiritual beliefs than their Protestant peers. CYO retreats, which gathered together youth from many of the different Catholic churches in the area, were especially helpful and meaningful.

At a time when I was in high school, my parents asked me if I wanted to attend a retreat at a monastery. So, a friend and I decided that we would attend—it was a vocation retreat at Sacred Heart Monastery. I remember singing the Psalms and trying to find my place in the books for Lauds and Vespers. I also remember my friend saying, “I want to be married and have kids.” Years later, when I thought about her comment, I realized that God gave me kids. It may not be in the traditional way, but he let me be a part of children’s lives when they needed some help as they were recovering in the hospital or helping them to succeed in their school environment. He has blessed me with being a part of many children’s lives.

Moving out on my own, I got a little lost in work, finding a house, and buying those things I thought were necessary to fill it. I went to church only at Christmas and Easter. I had faith, but it wasn’t the center of my life for a number of years. 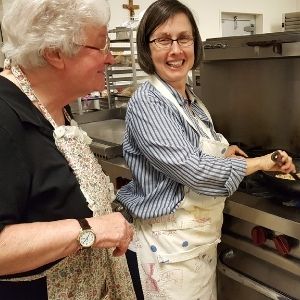 At one point in my life, when I had to have a surgical procedure, a friend that I worked with at the hospital casually asked, “If something went wrong, do you have everything taken care of?” Although she didn’t intend this to be a life-changing question, I took it very seriously. It was during my time of recovery that Church became a much more important part of my life. I began attending daily Mass, joined the community to pray the Rosary, and eventually became a Eucharistic Minister. I became reconnected with the Sisters at Sacred Heart Monastery by attending various retreats. It was through my experiences with the monastic community that I began thinking about religious life as a possibility for me.

After a couple of years of discernment, I formally joined the community as a postulant. In doing so, I left a job I really enjoyed, friends I still care for dearly, and I sold the house that I owned. In the process of divesting myself of the many things I had acquired, I experienced a genuine grace in giving to others who had specific needs. To me, this was a kind of confirmation that I was following the right path.

I made my perpetual monastic profession in 2018, and my current ministry has me living and working in Birmingham as an Occupational Therapist for United Ability. I thoroughly enjoy working with young children and helping them to develop various skills. I serve on the Vocation Team and on the Peace and Justice Committee. I volunteer at the Catholic Center of Concern and am involved with various activities oriented toward social justice in the Birmingham area.