My entire work life has been in ministry and I always aspired to do ministry at the diocesan level. Because I have such a love for study and learning, I took courses, earned certificates, attended workshops, and pursued advanced degrees in theology, formation and spirituality in order to better prepare myself for the ministries where I served.

I directed retreats and became a certified Spiritual Director. By invitation, I presented workshops, retreats, and keynotes throughout the country. Yet, while I enjoyed what I was doing and felt like I was on top of the world, I often felt that something was missing.

It was while doing my advanced studies that I became very fond of St. Catherine of Siena, one of the first woman doctors of the Church. Not knowing much more about St Catherine, nor that she was a Dominican, I befriended her and claimed her as my patron saint. I came to admire her character and her deep love and strong desire to serve God.

When I finally stopped long enough to pay attention to the void I was experiencing in the midst of my joy for ministry, I discovered that the missing piece was community—but not just any community, for I had several communities I belonged to and related with. What I was missing was a community that shared the same charism, the same love for study, for prayer, and for ministry. I longed and recognized my need for continued growth and someone (community) to challenge me. 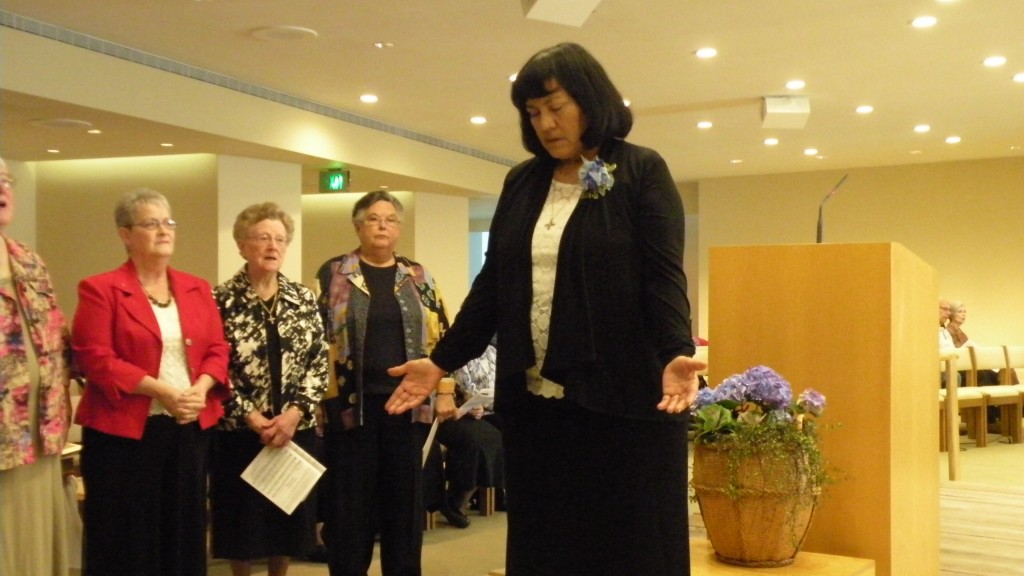 I met the Dominican Sisters of Grand Rapids when I moved to New Mexico. It was there that I finally acknowledged a constant nudge—better known as God’s call—to religious life. After much prayer and discernment, I was formally received on December 12, 2009, moving in with the sisters in Albuquerque while continuing my ministry in the Archdiocese. In June, 2010 I resigned my position at the Archdiocese and entered the Novitiate. I made First Profession with the Dominican Sisters of Grand Rapids on the Feast Day of St. Catherine of Siena in 2012.

Today, I serve as Vocation Director for our congregation and share a little insight about this role: We don’t pray for women to join our Congregation. We pray with and for women who are discerning their life vocation, and then allow the Holy Spirit to guide them to God’s dream for them.

In sharing my story, I call out to other young women who might be feeling an emptiness in their lives, or a whisper that there is something bigger. I call out to you, the people who know these young women, and ask you to share St. Catherine of Siena’s powerful hope-filled message: “Be who God meant you to be and you shall set the world on fire”.