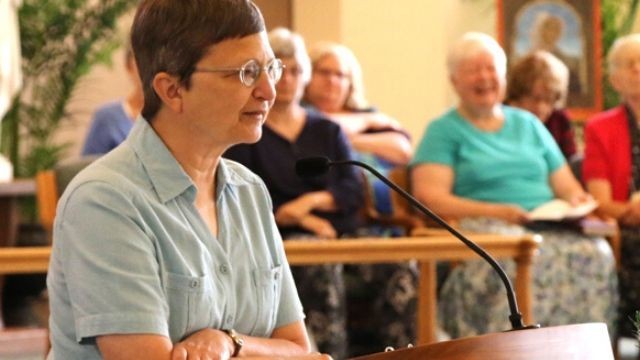 Open to the Call

If I think about the influence of my parents, it certainly isn't that I had a good religious foundation, but they were always very active politically and I think that I absorbed that--and it had a lot to do with what my choice would eventually be. I always had a lot of religious questions, I think a sort of spiritual inclination, and so I used a lot of different subjects to study religion. I wanted to do things, and maybe I had a sort of sense of --I don't know if its "save the world"-- but I know there was something because I wanted to respond to the needs of the people around me.

I think I had kind of dismissed Catholicism as a possible option because I was very interested in the Quakers. But then... (view the video for the rest of her story)