How to Discern
Mary
By Sister Julie

Yes! There are so many things Mary the Mother of Jesus could have said when Gabriel the Archangel stopped by for a little visit. "Are you for real??" "You gotta be kidding me!!" "No way, buddy!" Yet, Mary said Yes!

It's no wonder that Mary is such a good source of companionship and inspiration in our own callings and journeys toward Yes! Mary is the first to say yes to Jesus and to the fullness of life! We, like Mary, face moments in our vocation journey where we get a surprise knock at the door or are confronted with a seemingly impossible question!

What can we learn from Mary to open us to the possibility of Yes ... and to taking another step closer to responding to God?

How to Say Yes

Okay well maybe that's from Star Wars and not the bible, but the sentiment is a good one. When the angel arrived, Mary "was greatly troubled" ... BUT she did not let that stop her or cause her to run away. She took time to reflect on what was happening, what she was feeling, and what might be happening. By searching our feelings, we can learn key information about ourselves and about what God might be calling us to. Feelings of fear, or discomfort, or curiosity, or excitement can all give us good data. Mary was right on by not allowing such an unusal event to unground her. Instead she paid attention to what was happening around and inside her.

Sometimes that little voice inside we hope will tell us what to do might actually come in the form of people and events around us! It's important to listen to those around us -- those who care about us deeply and sometimes even strangers (case in point: Gabriel!) -- to get a sense of our own longings and desires, attractions and resistances. Listening isn't the same thing as doing what people tell us to do, rather it's taking in what people say and allowing that to help us make informed decisions. When someone puts a question or imperative or some information to you, it can again give something to reflect on and maybe see a new aspect of yourself or confirm something you are already embracing.

3. What is your cargo and destination?

It's important to ask questions about our vocation and our direction in life. Mary put it to Gabriel very bluntly -- how can this be?? Don't be afraid to engage with the people around you and even to ask questions of yourself! Many times it's not so much the response we get that's important but articulating the question itself! (BTW While it sounds like something a Roman guard might have asked the Holy Family enroute to Jerusalem, it's actually Admiral Piett on an intercom to Shuttle Tydirium.)

At some point in discernment and figuring out where and how we are called, we just have to do something. It's good to explore, listen, ask questions, and try things out, but sometimes the only way to know is to do. In Mary's final statement to the angel, she says, "May it be done to me according to your word." Wow. Mary said yes, not "kinda yes." Saying yes doesn't mean we got it figured out or that we'll end up at the destination we set out for -- but the point is that we actually set out! We can be given all the messages and inspiration in the world, but in the end, we must do -- even a small step is a step! 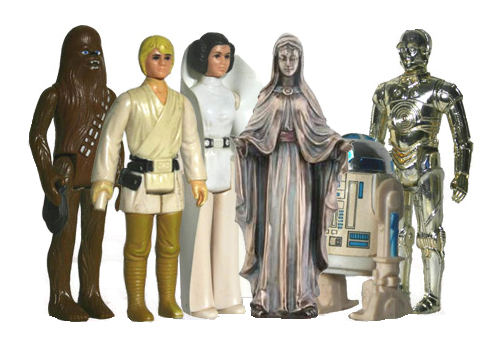