Having had a fantastic inaugural National Catholic Sisters Week, I am so very grateful of all the women in my life who have mentored and inspired me and taught me what it means to be a leader. Living in a women's religious community within the broader tradition of religious life, I take for granted having role models who are women. 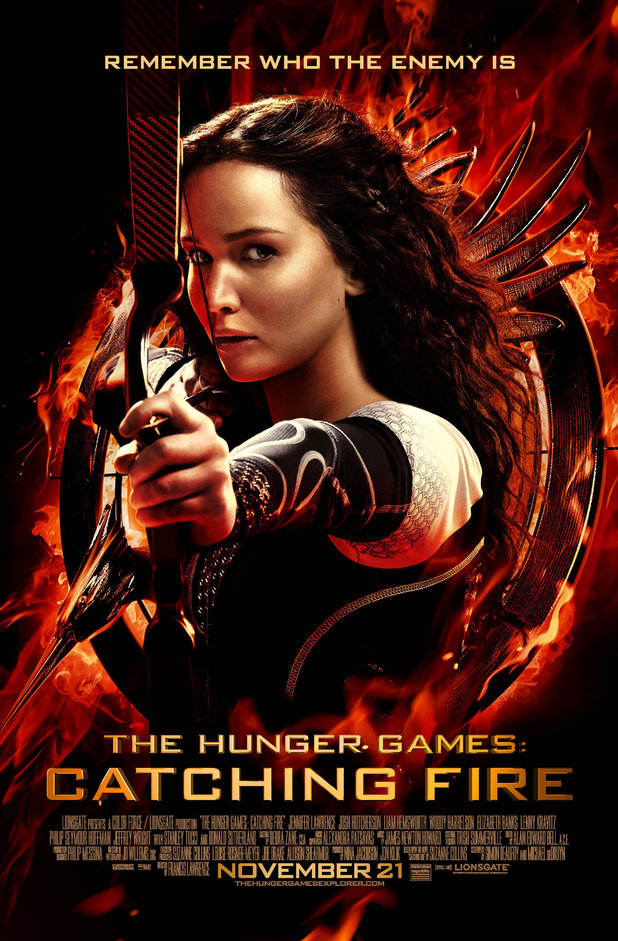 As I watched the movie Hunger Games: Catching Fire last night, I was grateful that the entertainment industry is offering more roles (especially for young people) that portray strong women leaders -- not fainting princesses. (For the record, I do like princess characters too, just not the fainting or swooning variety.) Hollywood still has a long way to go (see Time magazine's recent article citing research that just 30% of all speaking roles belonged to women), but I count the film as a great step in the right directin

The character Katniss Everdeen, well performed by actor Jennifer Lawrence, is not just a role model for women, she's a role model for everyone. (Point of fact: I was first introduced to the Hunger Games series by my nephews.) I think we can all learn a little something about what it means to be both strong and vulnerable, loving and independent.

I hope to see more films like this and eagerly await the 2-part Hunger Games finale "Mockingjay." I'd love to hear your thoughts on the movie!

By the way, be sure to catch Sister Rose Pacatte's review of Hunger Games: Catching Fire!