Beyond The Habit - Episode 4: Sister Celine and Sister Marie Estelle 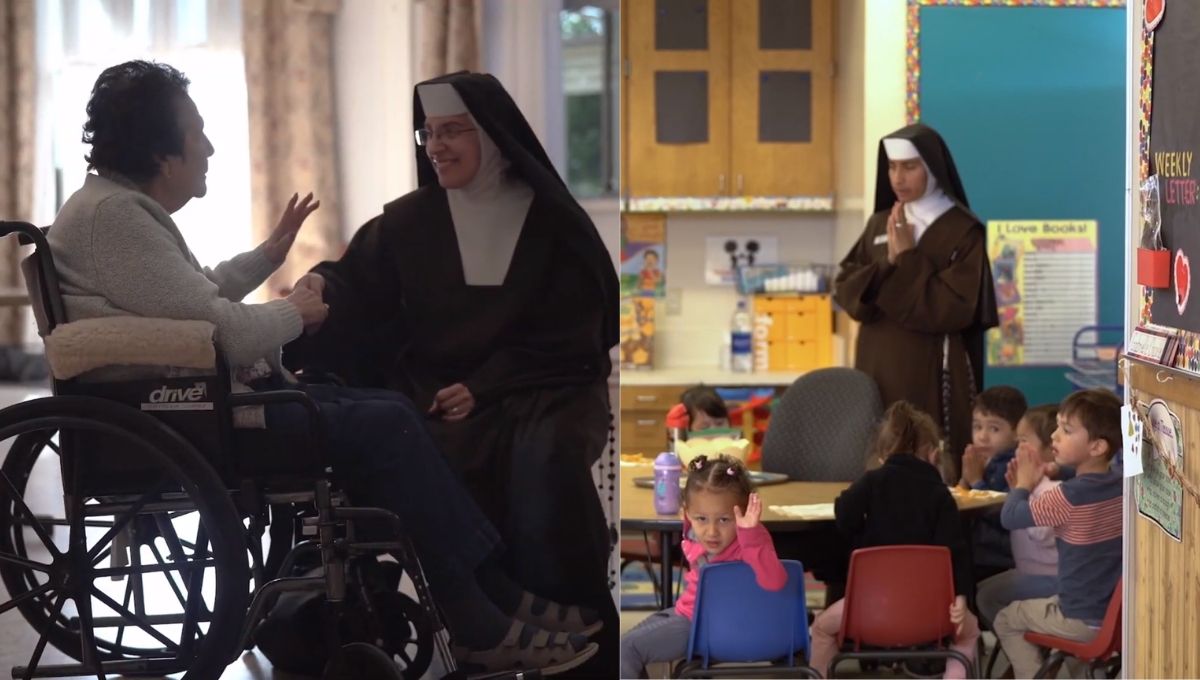 Sister Celine, a teacher, and Sister Marie Estelle, a nurse, explain what drew them to join a branch of the Carmelite order that began in Mexico—and what it’s like to go out (even just to the gas station) in their traditional habit.

NOTE: This past year CARA received support from the Conrad N. Hilton Foundation to produce a set of short videos on the history of women religious in the U.S. and the vocational call of several younger sisters that arose from the recent CARA book, Pathways to Religious Life. CARA partnered with America Media to produce five videos that were released the week of September 23, 2019. A Nun's Life Ministry is honored to share the fourth video of this series with you here.