Can you change your Lenten practices after Lent starts? 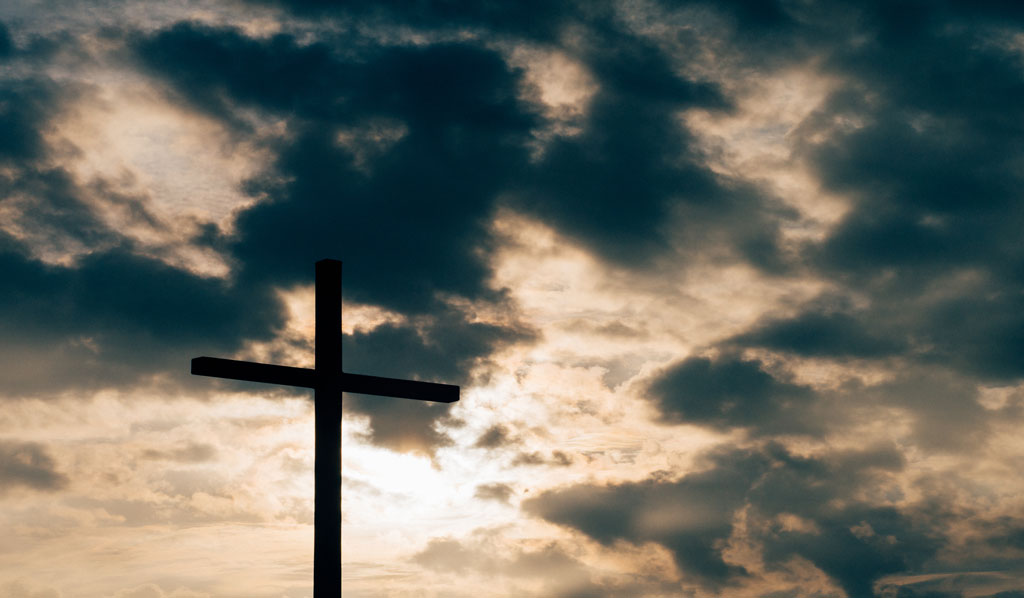 In this Random Nun Clip, we talk about whether you have to stick to the practices you started Lent with, or if you can change them mid-Lent. Hear the full Ask Sister podcast AS180 at aNunsLife.org.

Listen Now:
Update Required To play the media you will need to either update your browser to a recent version or update your Flash plugin.
Click to Download
MP3
https://traffic.libsyn.com/anunslife/RNC-AS180-feb-03-2016-change-lent-practices.mp3
Show Notes

SISTER MAXINE: Have you thought about things that you’ll be doing for Lent?

SISTER JULIE: Well, that’s a good question. There’s a part of me that wants a very tangible Lent. The giving up thing—yes, we should be fasting. We should be choosing something to give up. That’s fine.

SISTER MAXINE: That’s not tangible, though, because then it’s not there if you give it up. (laughter)

SISTER MAXINE: In line with your theme there. (laughter)

SISTER JULIE: Yes. But I want something that’s tangible, something that I can touch and feel. It’s interesting as we’ve been talking about different things related to our Motherhouse Road Trips, that sense of being on a journey—there’s something about pilgrimage and journey. There’s something so real about the path that you walk. The dirt or the snow that you can feel underneath your hiking boots. That you can measure your progress. There’s part of me that is actually wondering if that’s not, for me, a call for this Lent. I don’t really know what all is in there for me, but there’s just something about seeing grace incarnate in something around me.

SISTER MAXINE: Maybe that’s the place where you open up your heart to that kind of situation, shall we say, in Lent, or those kinds of things, and see what Lent brings you.

SISTER JULIE: Ann mentions in the chat room, “Go for a 30 minute walk every day and enjoy the creation God gave us.” That’s a really good suggestion. In some sense, the giving up is giving up my usual schedule. Giving up the things that I normally have to, want to, need to do. That, I suppose, is the giving up, but that’s the tangible piece of it.

SISTER MAXINE: Lent is a great time to think about these things. I don’t know that we have to necessarily start at 100% on Ash Wednesday. Lent can unfold for us too. A lot of times I find that’s the case for myself. I start thinking, “Maybe for Lent I will do X, Y, and Z.” I get a few days in and I realize that what Lent is calling me to is something a little bit different than what I imagined, if my heart is open to receive it.

SISTER JULIE:  That’s an interesting observation. We don’t have to be perfectly fasting, perfectly repentant, if we are about the process of unfolding, as you are saying. Maybe it is that you might have a certain thing you feel called to. You don’t have to do it perfectly. Maybe a 30-minute walk, for me, is going to be a challenge. Maybe starting with 5 minutes around the block is a good start.

SISTER MAXINE: In the chat room, Yanka said “What about giving up something like—you know, we talked about the tangible, but what about the intangible, but certainly no less real? Giving up self-doubt and self-consciousness?”

SISTER JULIE: I’m not sure. What would people think? (laughter)

SISTER MAXINE: I’m not sure what to do. (laughter) It’s excellent. That’s an excellent observation.

SISTER JULIE: It is. Things like that we don’t always think of because I think we do the external stuff. We do the giving up the chocolate and the snacks. At the same time, there are those things that can in some ways, shackle us more than things like snacks. Although those have their draw as well.

SISTER MAXINE: It’s interesting that Ann mentioned the 30-minute walk because that is one of the things I want to attend to more in this Lenten season, is getting outside, especially now since it feels like spring here in Ohio.

SISTER JULIE: That’s what I like, is to be in a place to notice that there are robins outside. For me, there’s a sense of intentionality.

SISTER MAXINE: It’s that sort of awareness, that sort of mindfulness, that if we do want to work on things like self-doubt or self-consciousness or some of the qualities that we want to turn around maybe a little in ourselves, I think we have to be aware of it first, and be able to see ourselves in that moment.

SISTER JULIE: The other thing I think is interesting is sometimes you can get caught up. This goes along the line of Yanka’s comments about self-conscious. Maybe the things I should do for Lent are the criticisms or the reflections I get from other people. It would be great if you could do this. It would be great if you could be this. There is truth, I think, to what people say around us and at the same time, for this kind of a journey, do we have the strength and that inner spirit to be able to take on what it is we need to take on. Maybe it’s taking a class on How to Draw Unicorns. So what. If that’s the thing that you’re called to, that practice is what is meaningful, and is your pathway to building your relationship with God,--why not?

SISTER MAXINE: Making coffee for others, a good pathway. (laughter)

SISTER JULIE: I would just like to point out, I—in just a generous spirit—offered to make coffee for the office today. I’m not really sure where it came from, but our dear Jane came running out. Running out, couldn’t stop herself, offering generously this self-gift.

SISTER MAXINE: Energized by the spirit.

SISTER JULIE: To be able to make the coffee.

SISTER MAXINE: Maybe she had had some coffee earlier.

SISTER JULIE: Well apparently, she had coffee earlier that I had made. And apparently, it was too strong. (laughter) Self-giving can come from anywhere.

SISTER MAXINE: That’s a beautiful thing, sister. There will be a lot more coffee making during Lent.

SISTER JULIE: That is true. Do you think giving up coffee would ever be in “A Nun’s Life” practice? That would be like saying, “I do not wish to be with God.”

SISTER JULIE: Who would say that!

SISTER MAXINE: That’s right, because God wants coffee for us.

SISTER JULIE: God does want coffee for us.

SISTER MAXINE: That’s what God wants for us.

To hear full episodes of A Nun’s Life podcasts, visit the podcast page at anunslife.org/podcasts

SISTER MAXINE: Have you thought about things that you’ll be doing for Lent?

SISTER JULIE: Well, that’s a good question. There’s a part of me that wants a very tangible Lent. The giving up thing—yes, we should be fasting. We should be choosing something to give up. That’s fine.

SISTER MAXINE: That’s not tangible, though, because then it’s not there if you give it up. (laughter)