Should I be silent to hear God’s voice?

In this Random Nun Clip, a listener worries that she’s not quiet enough to hear God speaking. Hear the full Ask Sister episode AS209 at aNunsLife.org.

SISTER MAXINE: You are listening to Sister Maxine of A Nun’s Life Ministry and my guests, Sister Angela Gertsema of the Apostles of the Sacred Heart of Jesus and Sister Monica Seaton of the Ursuline Sisters of Mount Saint Joseph.

Our listener worries that she’s not quiet enough to hear God speaking, and she’s worried about being able to be silent. Do you think God expects her to just be real quiet and not do anything?

SISTER MONICA SEATON: Well, when I was discerning religious life, I wanted a sign from God. I was just like, “If you send me a sign…” I wanted a postcard really, (laughter) mailed to my house that said “Monica, God — this is it. This is what I want you to do.” And I tried to look, and I prayed and then I happened to be attending a Christian concert at a local Catholic church with a group of sisters. I was very shy.

SISTER MAXINE: Wait, that wasn’t the sign was it? (laughter)

SISTER MONICA SEATON: When we got to the parking lot of the church, and these sisters knew that I was saying, “I need a sign, I need a sign”. There was a billboard and it said, “Are you waiting for a sign from God? This is it.” And I was like, “Well, I don’t know.” So, I was asking for a sign but then when I saw it, I was like, no, that was too much of a coincidence or whatever. But God has a way of touching your heart, and I think when you have the realization that that’s what you’re called to—I don’t have the words to articulate that definite feeling because each person is unique and each person will experience that in a different way-- but when God calls, and it’s definite, you will know.

SISTER MAXINE: What did you do as your next step after you saw that sign?

SISTER MONICA SEATON: Well, we laughed that night, but I continued to pray. I continued to visit with the sisters, and I would tell that story and I would laugh, and then eventually I signed up for the contact program. That’s the beginning stage of religious life for our community, the Ursulines. Then about a year later, I took a leap of faith and a risk and I entered the postulancy, where I moved in with sisters after I was accepted to do that. Someone asked me if I needed help moving. I said, "I really don’t think so, because I’m only going to take two weeks’ worth of clothes." (laughter) Because I had no intention to be a sister up until that point.

SISTER MONICA SEATON: Yes. I thought for a while, I’ll test it. And then my intention was: I’ll get there, I won’t like them, I won’t be able to live in community, they won’t like me and then I will say, “God, I tried, I thank you,” and I’m gone! So, 18 years later, (laughter) I had to go get some more items. (laughter) You will know when you know.

SISTER MAXINE: Is that how you felt, Sister Angela?

SISTER ANGELA GERTSEMA: I had not really been thinking about religious life, but I had developed a prayer life actually in part due to the young man I was dating. He was really prayerful, and I really liked him, so I was becoming very prayerful, too. And one year, Pope John Paul II came to St. Louis and we went, and I think we were like the last row in the entire auditorium. The Pope seemed so small and everything got really quiet within me. It was so loud externally, and the silence was within, and Pope John Paul II said, “If anyone here feels called to religious life, I urge you to respond immediately.” And like Sister Monica said, you know when you know, and I knew. And so, at that point, I really did feel very strongly a call to religious life. I didn’t know anything about religious life, so I knew that God was with me, and that he wouldn’t leave me someplace that wasn’t where he wanted me.

SISTER MAXINE: What was your next formal step? When did you decide to actually just take that step toward the congregation in a very definite way?

SISTER ANGELA GERTSEMA:  I visited different communities, and when I went to visit our community, the sisters were in the kitchen doing dishes. You know, doing dishes is not that exciting, but they were so happy about it. Everybody was just joking around, teasing each other, and I felt “home.”  I started learning about our foundress, Mother Clelia Merloni, who Pope Francis just announced is Blessed!

SISTER MAXINE: That is, on the road to being canonized a saint.

SISTER ANGELA GERTSEMA: Yes, so we’re thrilled. I was so drawn to her and I just knew I had to be her daughter. I wanted to give my life to the Sacred Heart of Jesus, and that was it. I asked to join the community and went to Pennsylvania as a pre-postulant, which is the first stage in our community. And yes, 17 years later I’m still here, too. (laughter)

SISTER MAXINE: But how was the boyfriend with this news?

SISTER ANGELA GERTSEMA: I think it was a little bit hard at first, but he said, “If I have to lose you to someone, I’m glad it’s to God and not to another guy. And you know, I pray for him, and that’s just how God works. He sends people to walk with us, to lead us to him.

SISTER MAXINE:  It’s like with your friend, Sister Monica, who was like, “Well of course, who did not see that coming?”

SISTER MAXINE: God was walking with her toward you. (laughter)

To hear full episodes of A Nun’s Life podcasts, visit the podcast page at anunslife.org/podcast.
Hear the full episode of this podcast at AS209. 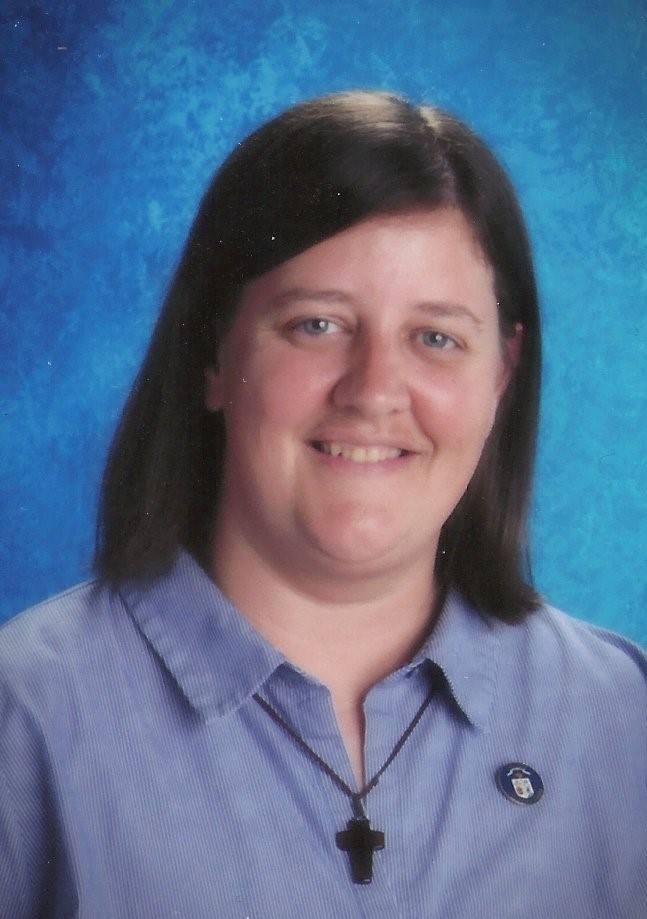 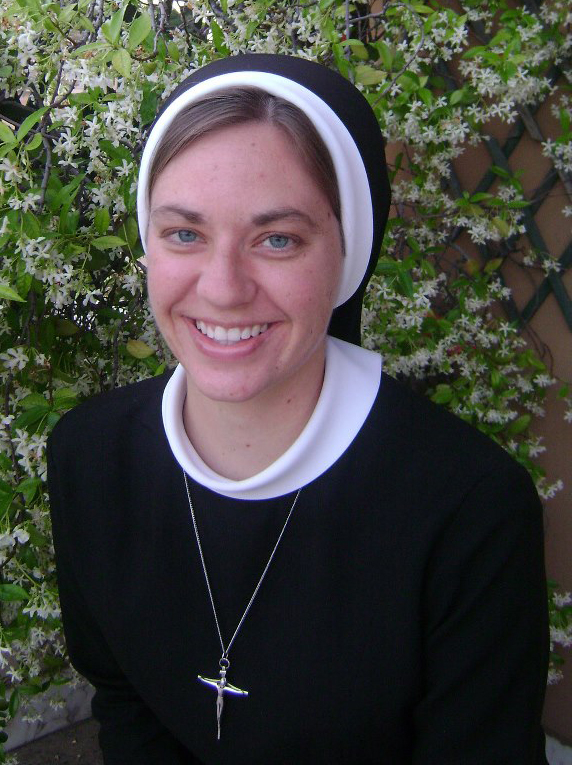 L: Sister Monica Seaton is member of the Ursuline Sisters of Mount Saint Joseph, in western Kentucky. Originally from Owensboro, Kentucky, Sister Monica has five siblings. She has ministered as a special education teacher at Daviess County High School in Owensboro and at Owensboro Treatment Center, a juvenile correctional facility. She also ministered as a religion coordinator and teacher at Saint Patrick Catholic School in Memphis. Currently, she is the Director of Vocations for her congregation. Sister Monica has a bachelor’s degree in Elementary Education and Special Education and a master’s degree in Curriculum and Instruction.

SISTER MAXINE: You are listening to Sister Maxine of A Nun’s Life Ministry and my guests, Sister Angela Gertsema of the Apostles of the Sacred Heart of Jesus and Sister Monica Seaton of the Ursuline Sisters of Mount Saint Joseph.

Our listener worries that she’s not quiet enough to hear God speaking, and she’s worried about being able to be silent. Do... 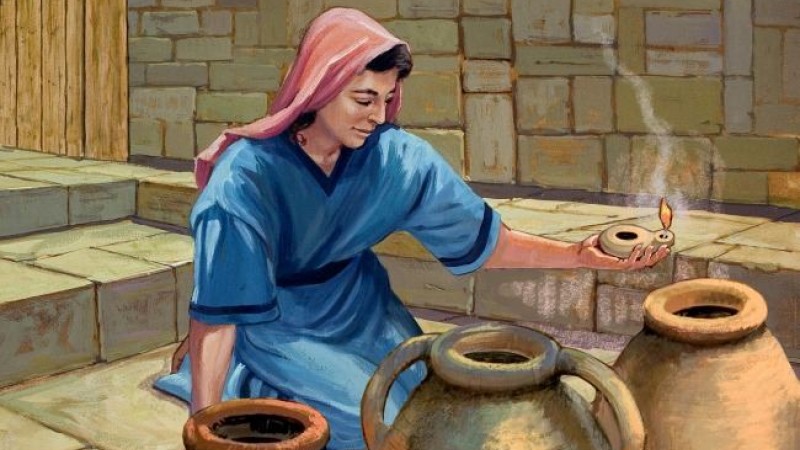 Can a sister lose her vocation if she stops... 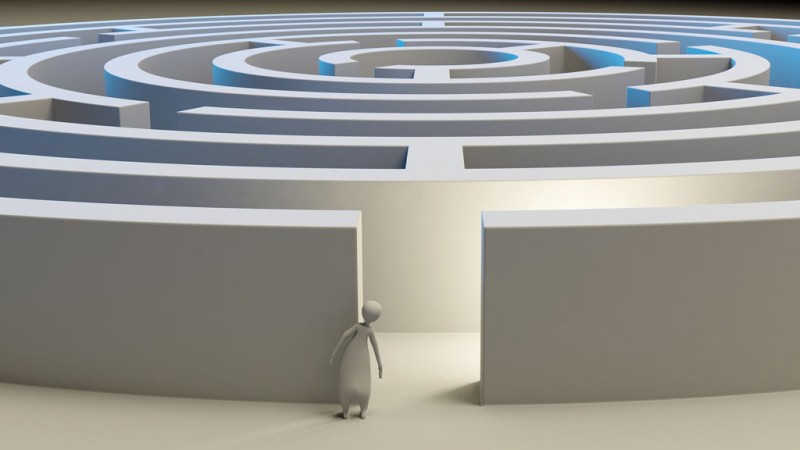 Any advice for discerning God's call when...

A Sister Candidate on applying and becoming a nun