Why doesn't Joseph get as much attention as Mary? 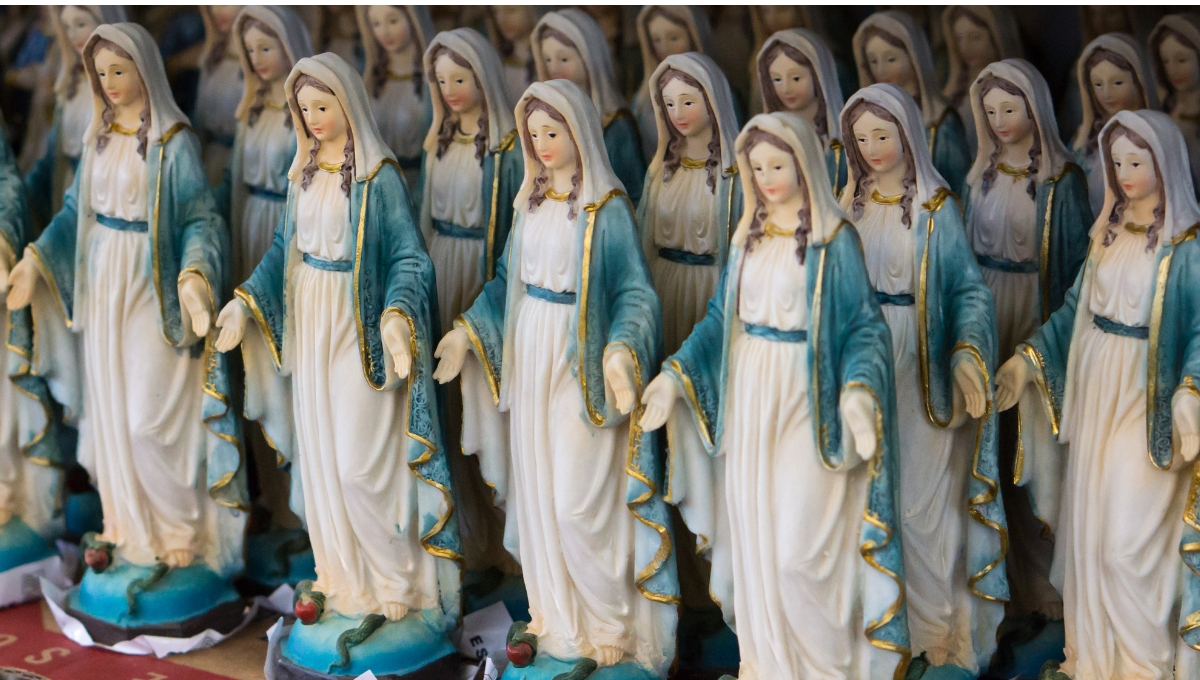 In this Random Nun Clip, a student wonders why Mary gets a lot more publicity in scripture than Joseph does. Sister Maxine with guests Amy Tabler and Sister Shannon Schrein. Hear the full Ask Sister episode AS217 at aNunsLife.org.

Listen Now:
Update Required To play the media you will need to either update your browser to a recent version or update your Flash plugin.
Click to Download
MP3
http://traffic.libsyn.com/anunslife/RNC-AS217-feb-17-2019-bluffton-joseph.mp3
About our Guest 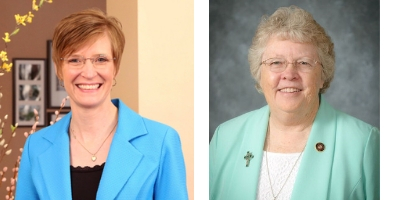 L: Mrs. Amy Tabler is a lector at St. Mary’s Catholic Church in Bluffton, Ohio. She and her husband Jim are part of the parish’s High School Youth Group, the God Squad. Amy is Executive Assistant at Lima (Ohio) Community Church. Amy was born in Columbus Grove, Ohio, which is still home to Amy and Jim, who have four children. Amy and Jim host “Tabler Tuesday” in their home for their college daughters to bring friends to their house for a family dinner. They do this several times per semester. They love connecting and learning about the friend’s lives. Amy is an avid reader who especially enjoys biographies and leadership books.

R: Sister Shannon Schrein, OSF, PhD is a Sylvania Franciscan and currently serves on the Leadership Team. She has a PhD in Systematic Theology and is president of the College Theology Society.  She is the author of the books Quilting and Braiding: The Feminist Christologies of Sallie McFague  and Elizabeth A. Johnson in Conversation. Sister Shannon is also the editor of God Has Begun a Great Work in Us: Embodied Love in Consecrated Life and Ecclesial Movements, The 2014 Annual Volume of the College Theology Society.  She is a contributor to The Saint Mary’s College Study Bible, 2007. Sister Shannon is the 2012 recipient of the Franciscan Federation Award. She has shared her Franciscan way of life and her love of Jesus and the Scriptures with her students for more than forty years.

Questioner
Why is Joseph not talked about as much as Jesus and Mary?

Sister Maxine
Joseph, he does not seem to get as much press in Scripture. Why is it that he doesn't seem to be as lifted up as Mary and Jesus?

Sister Shannon
So Joseph is an interesting character, isn't he. He has a relationship with Mary. But we know and believe that God brings about the conception of Jesus in the womb of Mary. It doesn't happen through Joseph. But Joseph plays a very important part, particularly in the Gospel of Matthew. In that Gospel, Matthew tells us the story of Joseph primarily.  Joseph was communicated with by God through his dreams. In the Gospel of Luke, the Angel Gabriel, we're told, comes directly to Mary. That's the only gospel that tells us that version of the story. In, in the Gospel of Matthew, Joseph has these three dreams where he dreams that it's okay to take Mary as his wife, and then to take her and the child to go to Egypt, and then ultimately to come out of Egypt. Interestingly enough, there's a parallel story to another great Joseph in the Old Testament. That was Joseph the son of Jacob. Remember, Jacob had 12 sons. Maybe you saw the musical Joseph and His Amazing Technicolor Dreamcoat at some point. I'm not getting too many yeses out of the audience. [laughter] Anyway, Joseph is the beloved son of Jacob, and he has dreams. He dreams about his brothers; he dreams about his parents. He eventually gets sold off by his brothers and saves his life with the Pharaoh because he has a dream and interprets it, and Pharaoh makes him as number one guy. It's an interesting kind of parallel. So the writers of the Scripture, they saw the importance of the role that Joseph played in the life of Mary and Jesus, I think, as protector and one who was with her. And God not only communicates directly with Mary through Gabriel, but communicates directly with Joseph through his dreams. So he gets a little more press than we sometimes give him, I think.

Questioner
Why is Joseph not talked about as much as Jesus and Mary?…