For many U.S. Catholic sisters and indeed for many Catholics across the U.S. and abroad, the Apostolic Visitation of American Women Religious that began in 2009 turned out to be a graced opportunity to reflect on apostolic, or ministerial, religious life. At the public helm of this reflection has been Sister Sandra Schneiders, IHM, professor emerita of New Testament Studies and Christian Spirituality at the Jesuit School of Theology/Graduate Theological Union in Berkeley, California. She has served as president of the Society for the Study of Christian Spirituality and on te board of directors of the Catholic Theological Society of America. Perhaps her greatest claim to fame, however, is that she is a person deeply grounded in prayer who has given her life to serving God, the Church, and the world. She is a person whom I am proud to call my sister. 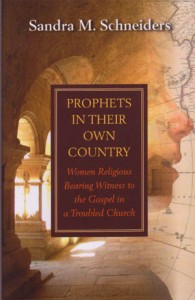 At the time of the Apostolic Visitation, Sister Sandra stepped up, offering her reflections on religious life into the public forum. These were certainly not random thoughts and opinions but ones steeped in faith and “in decades of biblical scholarship, religious life scholarship, and lived experience in a congregation.” (Sister Maria Cimperman, RSCJ, writing about Sister Sandra). These reflections, originally published by National Catholic Reporter, are now collected in the book Prophets in Their Own Country: Women Religious Bearing Witness to the Gospel in a Troubled Church, published by Orbis Books.

A note about the title … We can be a bit skeptical about prophets, especially when one self-appoints oneself as a prophet! The job description for a prophet has never been public acclaim or celebration or even a pat on the back. It is perhaps one of the most arduous of callings that exists. Yet the Church recognizes that some callings are prophetic by nature. One such calling is religious life.

“Religious Life has, from its inception, been recognized not simply as a ‘work force’ in the church but as a prophetic vocation…. For a hundred years before the [Second Vatican] Council a process of institutionalization, standardization, and even domestication muted to the point of virtual silence the specifically prophetic character of the life. Religious began to rediscover that important dimension of their identity as they emerged into public life by their increasing participation in social justice issues in the 1960s and their enthusiastic espousal in the Church of the agenda of Vatican II. Intrinsic to the prophetic vocation within the Judaeo-Christian biblical tradition is the tension between prophecy and institution.” (Prophets in Their Own Country, 22-23)

Though the Apostolic Visitation has faded from the news, the important articulations of who we are as women religious remain as well as the deep connection that women religious have across congregations and with the wider lay Catholic community (women religious are lay people after all). Sister Sandra’s book is a great springboard into deeper reflection on religious life as a gift to the Church and to the world.

I am looking forward to your podcast with Sister Sandra Schneiders on Tuesday next week. She is a remarkable woman – a real prophet for the church in our times, I believe. And she’s also fun to listen to! Go, Sisters!

just bought this on kindle for $9.99. i can’t wait to read it. the “apostolic visitation” brings up a thousand emotions in my gut; i cannot imagine how the nuns being “visited” must feel. 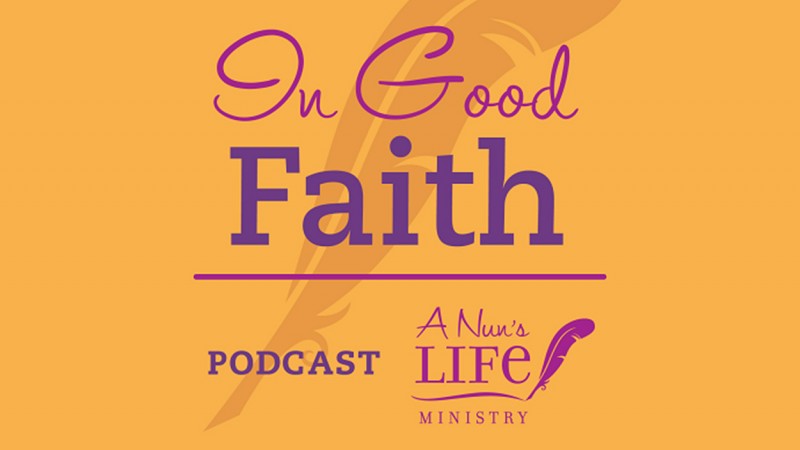 Can Religious Life (i.e., YOU) Be Prophetic?