What does it mean to unite our suffering with Christ’s?

In this Random Nun Clip, we talk about how Christ helps people in times of suffering. Hear the full Ask Sister episode AS222 at aNunsLife.org. Hosts: Sister Maxine and Sister Shannon Schrein, OSF.

SISTER MAXINE:  Our final question today comes in from Valerie in Nevada. Actually, she sent us a New York Times article that raises a question. The comment that was in response to the article was: "My husband and I lost our 15-year-old daughter to bone cancer after a two-year struggle with the disease. We’re both practicing Catholics and I have to say I don’t know how I would have coped with this without my faith. Our Catholic faith teaches us that this world is a veil of tears where we can expect to suffer. Why? Because sin entered the world and with sin, death. When we suffer, we can unite our own suffering with that of Christ on the cross and by doing so it becomes a source of grace for ourselves and others."

SISTER MAXINE: Sister Shannon, here we see two people whose faith has been their foundation, when the writer says: "I have to say I don’t know how I would have coped without my faith." She talks about uniting their suffering with that of Christ on the cross. Let’s unpack that a little bit, what that means.

SISTER SHANNON: We recognize that when Jesus came, he freely gave himself for our sake. When he said yes to becoming one with us, he said yes to all of it, which meant gestation in the womb of his mother for nine months, birthing, learning to walk, learning to talk. You know they say that there are only two things that are for sure: death and taxes.

SISTER SHANNON: I don’t know about taxes, but death…. When Jesus said yes, when the Word of God said yes, to take on life fully, he also said yes to death. He didn’t know the form of death. That was something that was brought on by his actions. So, he did what he believed God was calling him to do and he was rejected in his faith and in his teaching by others and, consequently, he died. But God did not desire this horrible, humiliating, painful death that Jesus suffered. That was the result of human choice.

SISTER MAXINE: When you say human choice, I think it’s important to recognize to it doesn’t mean that it’s just bad choices or unfortunate choices. Even when we make the right choices or the good choices...

SISTER SHANNON: There are consequences.

SISTER MAXINE: Not every good choice is met with a good end, so to say.

SISTER SHANNON: So, if we’re uniting our suffering with Christ’s suffering on the cross, the only way that I can understand that or interpret it is to say this: that Jesus in his life had the same kinds of challenges. He was rejected, he was not understood, the people he expected would get it sometimes didn’t get it, they didn’t understand him, they questioned him. And in the end, he died a horrible death. So, he’s human like me. He gets it. He experienced life as we experience life with ups and downs and joys. But what he never lost sight of was that God was always with him. That’s why Jesus prayed. He prayed every day. He prayed at night. He prayed with his disciples. He never lost touch with that relationship and that’s what gave him the grace to face all that this life brought to him.

SISTER MAXINE: Even that fact of having people around you who also get it is really important.

SISTER MAXINE: And as you mentioned, it was that connection that gave him the strength to keep going.

SISTER SHANNON: It was.

SISTER MAXINE: It didn’t mean that it was going to somehow turn the situation around and all of a sudden, he was on easy street.

SISTER MAXINE: I would like to think that sometimes, that if I’m doing the best I can, that it’s all going to end up in a good way, the way I would hope.

SISTER SHANNON: And be joyful. I think about that story where Jesus is planning to go up to Jerusalem and the apostles don’t want him to go because they’re not stupid. They know he’s risking his life, and Peter tries to stop him. And he says, “Get behind me, Satan." It’s kind of an interesting reaction between the two of them, but even those that were closest to him didn’t always know the whole mission, but they did not leave him. They went with him, and Jesus stayed true to his mission. Because he did it, we can do it. He didn’t do it in his divinity, He did it in his humanity. He took on life. Paul says that Jesus emptied himself and took the form of a slave being born like all of us. And that means he didn’t have a leg up or an edge any more than we do. He had faith. He prayed. He trusted. He moved forward. In that sense, we can unite ourselves with Jesus because he gets it.

Hear the full episode of this podcast at AS222.

This Random Nun Clip is brought to you by our awesome sponsor, the Sisters of Bon Secours, Marriottsville, Maryland.

SISTER MAXINE:  Our final question today comes in from Valerie in Nevada. Actually, she sent us a New York Times article that raises a question. The comment that was in response to the article was: "My husband and I lost our 15-year-old daughter to bone cancer after a two-year struggle with the disease. We’re both practicing Catholics and I have to say I don’t know how I would... 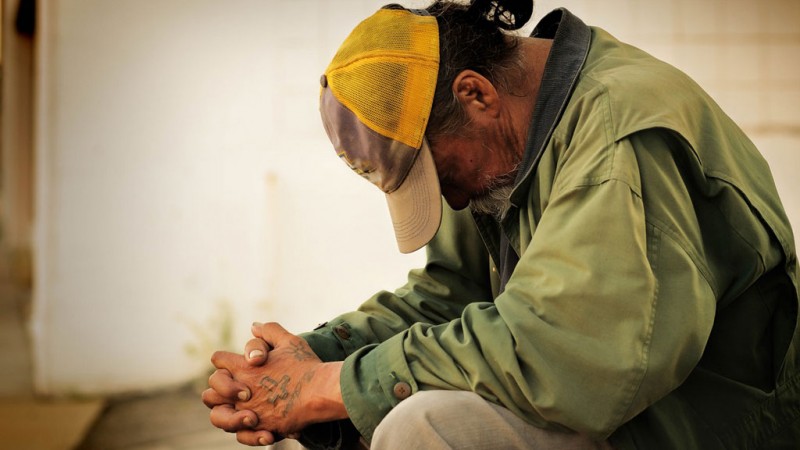 Where is God in the midst of suffering?

Feast of the Exaltation of the Cross