Should vegetarians give up veggies on Fridays in Lent? 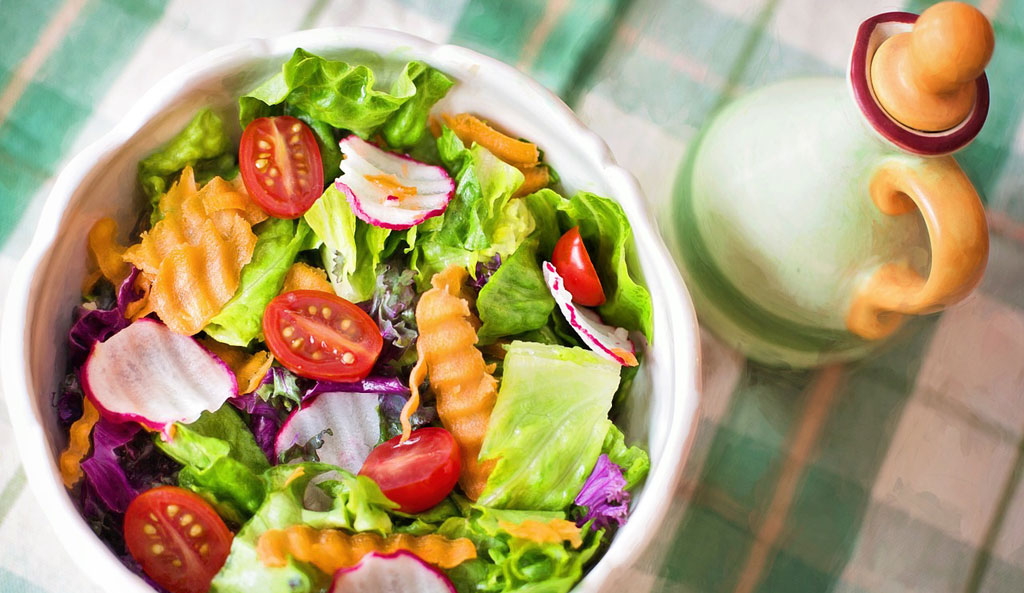 In this Random Nun Clip, a listener asks if vegetarians should give up veggies on Fridays in Lent, just as non-vegetarians give up meat. Hear the full podcast at AS131. A transcript of this podcast is also available.

Listen Now:
Update Required To play the media you will need to either update your browser to a recent version or update your Flash plugin.
Click to Download
MP3
https://traffic.libsyn.com/anunslife/RNC-AS131-feb-2-2013-vegetarians-abstain-from-veggies-in-lent.mp3
Transcript (Click for More)+

SISTER JULIE: Leroy from Florida asks, "Why aren’t we supposed to eat meat on Ash Wednesday or on Fridays during Lent. Plus, what about vegetarians, should they give up vegetables on Friday to make Lent more meaningful?

SISTER MAXINE: Leroy, thank you for that question.

SISTER JULIE: I always thought, as a vegetarian, it was sort of a bonus that I didn’t have to abstain from meat, because it’s been a while now that I’ve been a vegetarian. But I never thought about giving up vegetables.

SISTER MAXINE: In terms of not eating meat on Ash Wednesday or on Fridays, that's "abstinence" and here’s what the U.S. Bishops say about our practice as Catholics: “Ash Wednesday and Good Friday are obligatory days of universal fast and abstinence. Fasting is obligatory for all who have completed their 18th year and have not yet reached their 60th year...and fasting allows a person to eat one full meal. Two smaller meals may be taken not equal to one full meal. Abstinence from meat is obligatory to all who have reached their 14th year.”

SISTER JULIE: It’s interesting as we look at what the Church calls us to and in particular the U.S. Church. Different conferences of bishops can set different types of customs around how some of this is done. Of course, the main information can be found in the Catechism but you can also check with your local diocese.

SISTER MAXINE: People tend to think it’s uniform everywhere but it has in fact changed over time and over locations. Lets talk a little bit about what's meant by fasting and abstaining, because they are not the same.

SISTER JULIE:  I think usually when you are talking Lenten stuff especially, we conflate those two words: fasting and abstaining. That is one of the trinity, if you will, of Lenten practices: fasting, almsgiving, and prayer. Those are all activities. Fasting, the way the Catholic Church understands it in the context of Lent, is an act by which we moderate our intake of food. So, to spend a day in fasting--it's exactly as you read it, where we're only to eat one meal and a couple of smaller ones: that’s what’s considered fasting.

SISTER MAXINE: Fasting sort of has to do with quantity, where abstinence usually refers to giving up meat, which is, in general for people who eat meat, a substantial part of the meal.

SISTER JULIE: Abstinence seems to usually refer to a specific item. It’s not like the general "moderate your intake today." It’s specifically ‘"don’t take this in," and in Lent, abstaining refers specifically to meat.

SISTER MAXINE: Abstinence doesn’t have to always be an act. That’s an interesting thing I think.

SISTER JULIE: Oh Sister, you are totally dipping into the depths of Church tradition here and the life of the mystics!

SISTER MAXINE: Well, because the practices that we do as Catholics have value in themselves, but they also have a deeper value, and that’s when we internalize the meaning behind them.

SISTER JULIE: And I think that the Church at it’s best calls us by these acts to help us develop some of these dispositions and some of these virtues. Abstinence, I think, is one of those great ones because at first it  seems like, “Oh, I gotta give stuff up,” or you imagine yourself wearing sackcloth and dragging yourself around like a dried piece of bread or something. But at its heart, it’s about living a moderate life. It’s about not taking in--spiritually, emotionally, physically--more than you really need, and I think some of our acts of fasting or of abstaining are symbols of that and helps us  move into a different space with it.

SISTER MAXINE: Here in the chat room, some folks were talking about abstinence and Rachel said, “One year I tried to abstain from multitasking and it's really hard." She said, “I concentrated mostly on not watching TV while also doing something else.”

SISTER JULIE: And Christine talks about a possible Lenten activity being downsizing stuff and not replacing it. I think that does get to the heart of it.To downsize is an act but it speaks to that desire we have in ourselves to be able to have what we need, to live a life of moderation where it’s not too excessive in one way or too dire in another direction. I think about our Lenten journey and how we’re supposed to make these things part of our lives in a concrete way; it gives me hope. It's like I get this little training each year, an intentional time where myself and the rest of the church are trying to engage in some of these practices.

SISTER MAXINE: Moderation in our lives doesn’t mean that you have to be so austere that you’re miserable but it does mean knowing what we need. That’s why I love the Lenten reflection time. It’s a time for me to think deeply about what I need in my life, and it’s just not my life but it’s also the people around me.

SISTER JULIE: When I think about how it is that we can be in Lent and how we can practice this spirit of moderation of abstinence, I think about the image of the traveler. We do so much travel. When you travel, it’s really good to be nimble of foot and to not have so many bags because you spend time dragging them around and making sure you have them with you or that they are checked or that they’re carry-ons.

SISTER MAXINE: Plus, going through security with a ton of bags--it's difficult.

SISTER JULIE: We’ve been there. (laughter)

SISTER MAXINE: So the image of the traveler I think is a good one. Let‘s touch back for a moment to Leroy’s question. I am assuming that Leroy is a meat-eater but he doesn’t really say that. He asks if people give up eating meat on Friday’s during Lent, then shouldn’t vegetarians give up eating vegetables.

SISTER JULIE: Well, here’s the funny thing. If we were to go by the letter of the law, Leroy, then I’d have to say that vegetarians are all in the clear because not once is a vegetable described. Not a root vegetable, not a vegetable on the vine, no vegetables.

SISTER MAXINE: That’s true. It almost sounds like he’s talking about the issue of fairness here.

SISTER JULIE: Well possibly. I mean, for a vegetarian to give up vegetables would basically mean that they would be stuck with...

SISTER JULIE: Water. (laughter) Maybe some greens. I believe tomatoes would be acceptable because aren’t they a fruit.

SISTER MAXINE: Yes. I think for vegetarians that’s not the only thing. The fact that they don’t eat meat wouldn’t be the only thing that would make Lent more meaningful because we do have prayer and almsgiving. Maybe for vegetarians, they would engage more deeply in those other aspects of Lent.

SISTER MAXINE: I know our Sister Julie has been praying a lot more during Lent.

SISTER JULIE: (Laughter) I do what I can, Sister. Also, even for people who are not vegetarians, there are many Catholics who regularly practice no meat on Fridays, whether or not it’s prescribed in their diocese or within their conference of bishops, and so the same thing would be true for them. If it’s something they are used to practicing, does it make it just because it ends up being something they’re used to doing? Should they take on something over and above that? It is an interesting question. If we go back to our earlier discussion, a lot of these acts that are asked of us, which are good in themselves, also have that added value of being how it is that we can foster different habits and virtues and dispositions within ourselves. And I think whatever way can help do that, if it’s something that’s very natural, like you're used to giving up meat or if its something that may be new to you, I think those are ok.

SISTER MAXINE: (agrees) Because it still gets to the point of bringing that practice into your heart and letting it make a positive change in your life, letting it allow you to have a more life-giving approach to your own life and to the people around you, to the world around you. So, I think all those are good things.

SISTER JULIE: So, Leroy, that’s a bit of tradition of Lent for you-- and some other amusings. And yes, keep those vegetables going.

Hear the full episode of this podcast at Ask Sister 131

SISTER JULIE: Leroy from Florida asks, "Why aren’t we supposed to eat meat on Ash Wednesday or on Fridays during Lent. Plus, what about vegetarians, should they give up vegetables on Friday to make Lent more meaningful?

SISTER MAXINE: Leroy, thank you for that question.

SISTER JULIE: I always thought, as a vegetarian, it was sort of a bonus that I didn’t have to abstain from meat,… 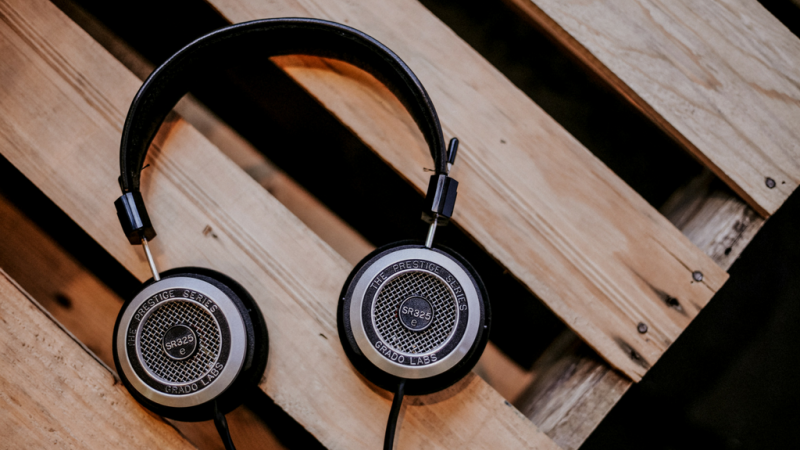 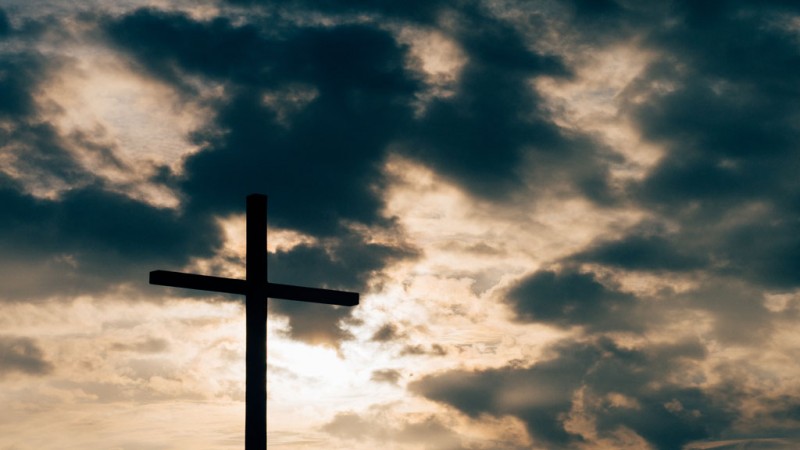 Can you change your Lenten practices after Lent…